Google+
Written by Roger on Oct 29 2009 as uncategorized.

Windows 7 was released this past Thursday (Oct22). There’s been alot of hype about windows 7 because of the bad reception that Windows Vista got. Personally, I don’t think vista was that bad.

Vista’s look and feel was much better than that of all the previous versions of Windows. There were alot of new features like Windows DreamScene and Aero that made the overall experience of using a computer more enjoyable.

Most people think that Vista’s main fault was the fact that it ran slower than Windows XP. Even before Vista was introduced by Microsoft, I didn’t expect Vista to run faster than XP benchmark-wise. This is absolutely normal. As technology advances and yesterday’s servers are now found in today’s homes, Operating Systems are supposed to take advantage of the extra resources that are provided to them. XP had support for window transparency, but not in the same way that Vista does. Vista actively incorporates your Graphics Card’s abilities to display nice smooth Aero’ed windows. 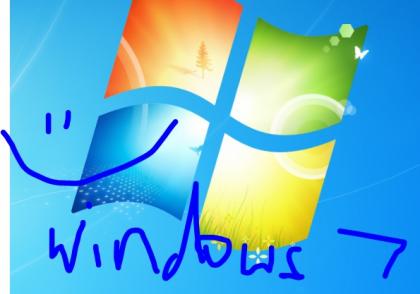 Well, enough about Vista and on to Windows 7. Windows 7’s exterior looks alot like Windows Vista. Microsoft only had three years to churn out a new OS, so that should be expected.

There was wayyy too much hype about how Windows 7 runs "faster" than Vista. benchmarks show that 7 can perform media encoding and some other hardware-demanding tasks faster than Vista and/or XP, but the improvements were marginal. Ultimately, Microsoft had to create a balance between graphical effects and pure performance.

One thing that I was really impressed with is how Windows 7 handles hardware. With both XP and Vista, my wireless card had to be cofigured with a separate driver. If you didn’t have a spare computer with access to the Internet, you couldn’t get the driver and therefore the wireless card wouldn’t work. When I installed 7 on my computer, I expected the same procedure, but 7 detected the card and installed Microsoft’s generic driver for me.

Windows 7 has some new features that are aimed towards heavy multitaskers. If you move your mouse to the lower right corner of your screen, you get a quick peek at your desktop. This is called Aero Peek. 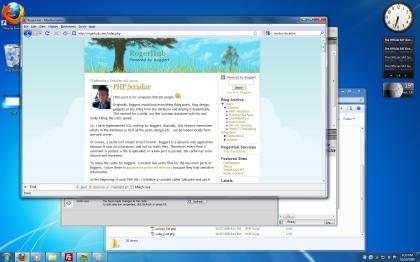 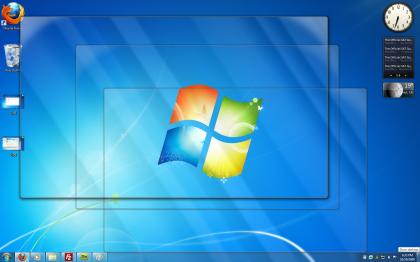 Aero Flip is also in Windows 7. This feature deserves more attention than the morsel that it received with Vista. The classic Alt-Tab still works, but Aero Flip still looks nicer. Alt-Tab now shows a thumbnail of each window and even lets you preview the window itself. 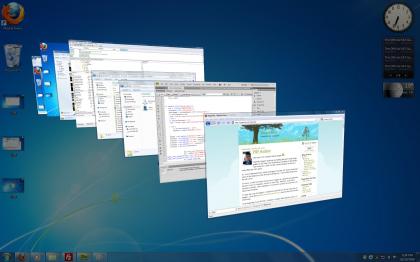 There’s also a new taskbar in Windows 7. It’s much wider (vertically), but if you like the skinny Vista taskbar, you can switch between the two. The quick launch area and the open programs area have been merged. If you click an unopen program, it will start. If you hover over an open program, it will show you thumbnails of all windows that belong to that particular program. Right clicking a program icon will give you a Jump List. These little menus can let you find your most recently opened documents quickly, granted that the program you’re using supports them. 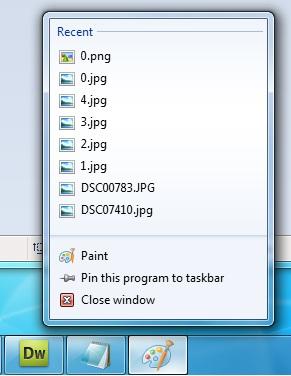 By default, Windows of the same application are grouped together on the taskbar. This keeps the taskbar clean, but it can also be a hassle to get a specific window. For example, when I’m testing web applications, I often have the "View Source" window open on Mozilla Firefox. When I switch between editing my files and reviewing the page source, a few seconds are lost while selecting the correct Firefox window. Of course, window grouping can always be disabled from the control panel.

Libraries are another new feature in Windows 7. Instead of managing separate folders for documents, photos, videos and music, 7 lets you gather them in virtual folders called libraries. You can create your own libraries and manage the folders that each library includes. Applications see your virtual libraries as normal folders, letting you use them just as you would, a folder. 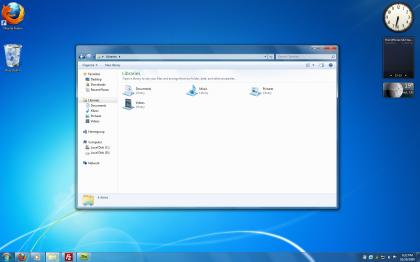 Gadgets no longer appear as a separate program, but are fully integrated into the Windows 7 desktop. Sidebar gadgets can be added by right clicking the desktop and selecting "Gadgets".

The sticky note gadget has been removed and turned into a separate program.

A really neat program called "Snipping Tool" makes Screenshots easy for anyone. Just open up Snipping Tool from StartMenu>Accessories and select the area of your desktop to convert to an image. (The introduction picture at the top of this post was made using Snipping Tool

If you have alot of removable drives (SD cards, flash drives, MMC’s, MS Pro), you’ll like the modifications that 7 has for these devices. In Windows Vista, a drive couldn’t be "Safely Removed" if a Windows Explorer window was currently browsing it. In 7, all Windows Explorer windows will be closed when the device is removed.

Windows handles the driver installation much quickly and efficiently now with no interaction required from the user. In My Computer, empty drives are no longer displayed by default. This cleans up the extra drives that are shown as a result of your computer’s card reader.

Window’s Device Stage organizes all your peripheral devices into a nice, convenient window. Here, you can access all the settings for your devices as well as browse the files within. 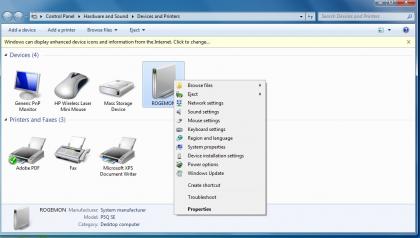 Starting from Vista, Windows no longer runs the autorun files automatically. This is done to prevent potential viruses from removable drives and CD’s. You might not notice this happening, but it’s already saved me twice.

Not many people use Windows Media Center because of its complicity and lack of practical use. The number of devices that can fully support Window’s media functions are in the single digits at the moment. Nonetheless, when the world decides to make use of Window’s nice media functional, Windows 7 will be ready for it.

WMP 12 has a bluish-white interface that makes WMP 11 look old. It has a simplified mode that can be comparable to WMP11’s skins. WMP12 is on par with Windows Media Center’s abilities with recorded TV and whatnot. Music, Videos, Pictures and other media are all organized in this handy program. 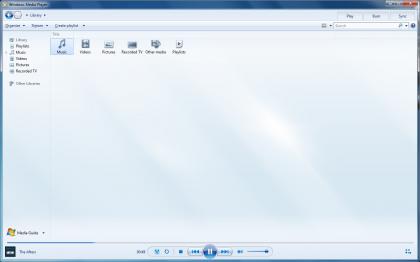 Windows Media Player still doesn’t come with many codecs, but that can be solved easily. WMP12 is much more refined and clean than its predecessors. It’s just one of the reason that 7 is better than Vista.

Up to this point, everything about Windows 7 seems great, but Microsoft’s new version of their flagship product isn’t without its faults.

After installing Windows 7, some shell extensions (like the extra icons that appear when you right click something) caused Windows Explorer to crash incessantly. Because I never use explorer extensions anyways, I just got rid of them all and Explorer hasn’t crashed for days now. 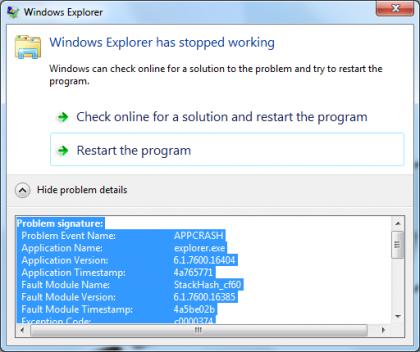 While looking at pictures, sometimes a process known as "COM Surrogate" would crash. I’ve only gotten this error once or twice.

Compared to the good points, 7’s faults are minimal. With many service packs to come, we can rest assured that Windows 7 will be successful. (Crappy ending ><)

(Wow.. that was really long)
-Roger