Google+
Written by Roger on Nov 8 2009 as uncategorized.

When you right click something, whether it be a game, a Word Document, your new harddrive, or your boring-looking desktop, a menu pops out. This fact has been hard-wired into the brains of all the world’s Windows-slaves. 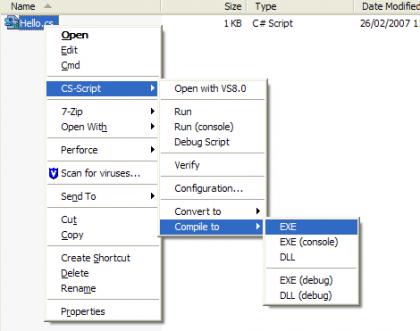 Located inside the fancy menu that pops up, are myriads of choices, collectively called Context Menus. As a rule of thumb, every program that weighs more than a hundred megabytes must carry its own Context Menu. (Not really) These shortcuts are handy for getting things done faster, but often times, they can pile up and transform a simple right-click-menu into a junkyard of unwanted options.

Not only is a clutter of context menus visually distracting, but performance can suffer greatly as well.

So, what’s the point of telling you all this? Well there’s a solution, obviously.

There’s a great freeware called ShellExView. ShellExView will generate a list of all the Shell Extensions that are installed on your PC. (Context Menus are a type of Shell Extension) From there, you can choose to disable them.

First, go to ShellExView’s download page and scroll down (its a really far scroll) to the downloads area. Select the first option (Download ShellExView in Zip file) and extract the contents of the ZIP file to your desktop.

Then, open the ShellExView program (circled in blue) and wait for the list of Shell Extensions to populate. The controls should be similar to those that you’ve seen in the past. The red button at the top can be used to disable Shell Extensions.

If the Company of the shell extension is Microsoft, it might be a bad idea to disable it. Anyhow, exercise caution when disabling things.

this is about ShellExView, not firefox