Google+
Written by Roger on Nov 13 2009 as uncategorized.

So, after about two months, someone else figured out that Confiker had infected our school computers. Sadly, it wasn’t Walnut...

In their post about Confiker, they mentioned some security packages from Microsoft and AVG. Yes, these are free and will work to protect your computer, but that’s not what most people are looking for.

If you look at any FRY’s or Best Buy commercial, you’ll see that Norton and Kaspersky dominates most of the commercial market with their ties to major manufacturing companies. If you buy a pre-built computer, chances are it’ll have a 60 day trial of some sort of security suite. It’s great that OEM’s are trying to protect you from viruses, but hard-to-uninstall trial programs do more harm than good.

IMO, ESET Smart Security 4 is one of the latest and greatest security suites available. When I look for computer antiviruses, I go through my unwritten (until now) list of key features: 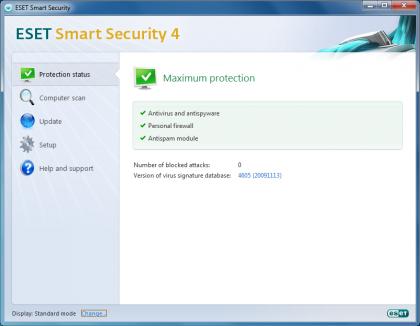 First off, ESET’s detection is really top-notch. I have ESET running on 6 computer now and none of them have gotten a virus. ESET has caught over thirty attacks though.

I had expected ESET to bog down my new computer. However, I have never noticed any performance difference. I don’t know why, but ESET just feels faster than any other AV that I’ve used before.

Technical version: ESET runs two processes. egui.exe (the frontend) and ekrn.exe (the backend). On my Windows 7 x64, they add up to a total of 0% CPU and 50000K Memory while idle. (Compared to an average of 10% with Norton) Under full load (system scanning) the CPU usage jumps to 48% but memory stays around 53000K. The scanner is single-threaded, but the performance and speed are great. 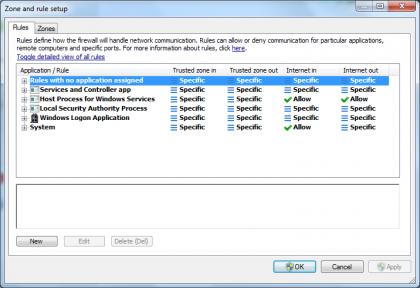 ESET’s firewall options are more geared towards the power user, but you should find it simple none-the-less. ESET is already familiar with a lot of games and applications so you shouldn’t have to toy around with it too much. Unless you’re running a server app or use a lot of P2P programs, you wont have a problem.

The last thing is ESET’s firewall comericial, and I must say, it looks a lot like a movie trailer. You can watch it below:

Yeah, so that’s it. Normally, I wouldn’t talk about ESET on RogerHub because it’s not available for free, but seriously, if you’re considering Norton or Kaspersky, ESET is a install-and-forget AntiVirus that you won’t regret buying.

In other news, I just implemented BBCode for YouTube players in posts. :)

If I remembered correctly, Microsoft Security Essentials beat ESET, an IT favorite, in an AVComparative test. Or maybe it was panda cloud, i forgot.