Google+
Written by Roger on Nov 17 2009 as uncategorized.

People keep telling me to play FPS games. I’m against them not only because they glorify killing in a idiotic way, but because they give me headaches from all the motion and shaking involved.

I saw this video on The Onion and it reminded me of something creepy. If someone breaks into your house, what would be the first thing you’d do?

Call the cops? Get your bb-gun? Lock yourself in the restroom? Well, The Onion has a (satirical) news segment on how a boy shot a burglar with his dad’s gun and how he was praised for it. The video isn’t that interesting, but if you want, you can watch it below:

Seriously, the people that break into houses are probably in a much worse situation than you are. Their natural instinct is to take what they need from other people, seeing how they can’t obtain it themselves. So, a burglar is more concerned with your money and jewelery than shooting you down. Logically, hiding and pretending that nobody’s home would be the best course of action, after you call the cops (of course).

But taking a real gun and shooting someone? First off, you can’t even be sure if this person is armed. After all, it could be a drunk, thinking that your house was his own. The likelihood of this probably depends on your neighborhood.

Shooting a person without knowing what their intentions are would seem illogical to a normal person. But this kind of violence happens in FPS games all the time. In Halo, you’ll shoot anything that looks un-human just because its there. Sure, pixels don’t feel pain and ultimately, aren’t real, but repeatedly killing creatures, both armed and unarmed, can’t be good for your morals.

Alright, I’m changing the topic to something that isn’t about death and killing now.

I took this picture with my new phone. Yeahh, just stare at it for a while till all your malicious-thoughts fade away. 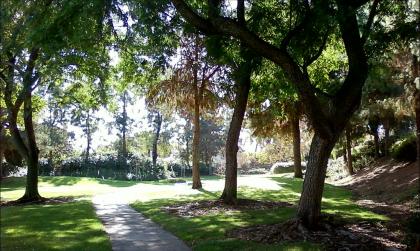 i like that picture.
it’s pretty(:
i wish my phone can take pretty pictures.

My AIM is bangrboy317. Explaining the name: I made it in the 6th grade

I see that you have taken away my comment. D=<

that was pretty untech related o.o