Google+
Written by Roger on Jun 4 2011 as commentary, speculation.

I was eating one of those Pirouette french vanilla cream-filled wafers and reading the back side of the can simultaneously. I thought to myself–wouldn’t it be great if they had stuff like this at school? But because the good people of the state of California hate fat people, they can’t sell anything with sugar listed as the first ingredient. And.. sugar is listed as the first ingredient. Some producers get around this by splitting sugar up into its various isomers, so that they can get something else to take the spot of the principal ingredient. Or, maybe you could dilute the can with water, and get the wafers all soggy, or maybe with milk.. ahh that sounds good.

The first-ingredient rule really doesn’t make any sense. Let’s say, I use packaging tape to bind a bottle of coke to a SmartWater. Clearly, the most abundant ingredient, both by volume and mass, is water. So, I could totally start selling coke at school like this, right? Since it doesn’t violate1 their rule? Now, some genius will come up with another rule, like: Items that contain any component that is primarily made of sugar will be eliminated and banned from public schools. Well, if you figure out how to separate pure sugar from food, you can go get anything banned, if it contains the smallest bit of sugar.

If these guys are really so worried about the Rise of the Fat Empire, could they just impose a tax on sugary foods, equal to the social cost of growing fat people? ASB probably sells snacks at profit-maximizing prices, considering all the regulations on the types of food they can sell. A reintroduction of banned food coupled with discretionary taxing could be a better solution. I go to Target and get my vanilla cream wafers. Inefficient policy? Case in point. 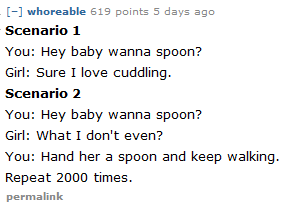