Google+
Written by Roger on Jul 1 2010 as uncategorized.

This is genius. Editing flames into a clip of me snapping my fingers. Anyone else think FMA’s ending was a bit underwhelming? They could have all died or something. But meh, it never happens.

NHS’s website is nearing completion. Well.. not really. It’s come a long way, but there’s still a lot I haven’t done yet. While making the event creation form, I found this service called JSLint. Now, HTML and CSS have the W3 (World Wide Web Consortium) validators to make sure everything’s neat and tidy. But JavaScript isn’t so lucky. So JSLint takes your JavaScript and tells you everything that’s wrong with it. And damn, it is relentless. I thought I had good coding habits.. But in return, you get reliable, quality code.

This made me laugh. Firefox had a rush release the other day. Just 3 days after Firefox 3.6.4 came out, they pushed out 3.6.6. (What happened to 3.6.5...) Damn, what could be so important that Firefox would rush a patch like this? 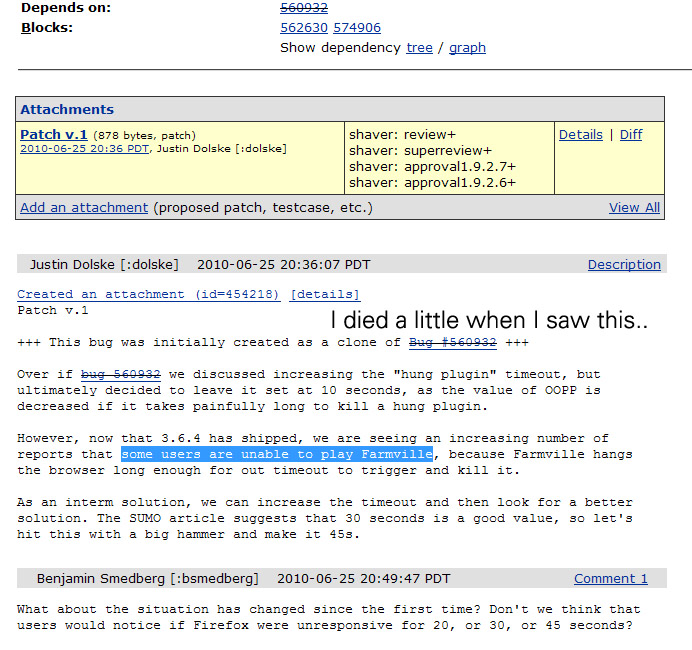 Are you kidding me.. First of all, wtf? Farmville? Second: What kind of Flash app lags for 10 seconds before letting up? Old computers, yes. But 10 seconds? That’s hair-ripping territory. So, they’ve decided on 45 seconds—which is ridiculous. Unless the app is unattended (in which case this feature would be useless), nobody’s going to wait 45 seconds for their app to respond. (On the other hand, Firefox has approximately as many active users as Facebook does.)

I know you don’t care, but studies show that Chrome gets more active users from Firefox than any other browser. And I’ve switched to Chrome completely too. It’s not because of speed or standards compliance. I really could care less (unless it’s IE-level). Chrome simply has better Dev tools. Firefox’s developer console is about as useful as 5YNT4X 3RR0R 0N L1N3 235!!1!!1!, which is not very useful at all.

And what’s with all the stats that say IE still has 50% market share? RogerHub’s IE users has always lingered around 10-15%. Likewise, analytics from Digg show that they get very few IE users too. Maybe everyone that uses IE (farmers and grandparents 80+) is limited to MSN, AOL, and other websites that nobody ever goes to. And here’s Robert Pattinson demonstrating the proper way to bone a horse: 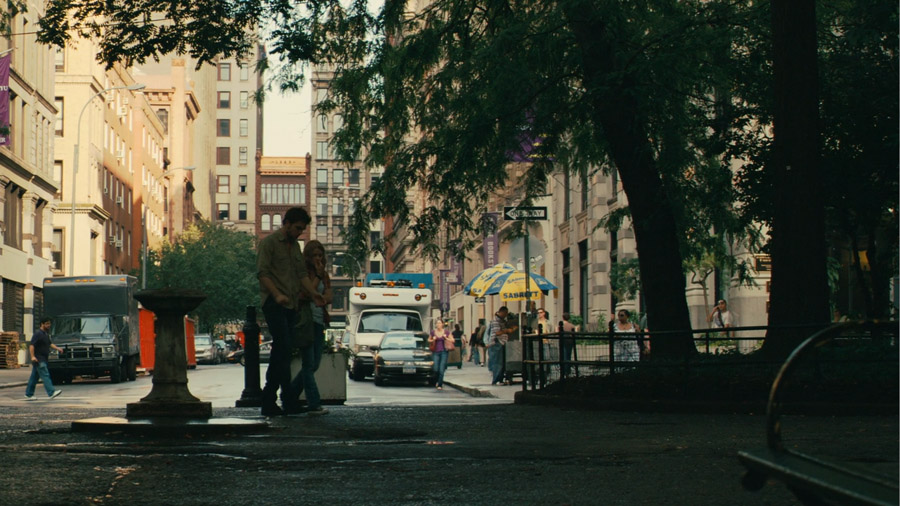 Remember Me was my movie-of-the-year. (and it wasn’t gay at all)

“The fish is moving but it’s dead!” Go zombie fish.. and Happy Independence Day. I’ll be blowing stuff up with my fire alchemy. (:

-Roger
Next: iRobot Previous: No Magic

your flame is just a little bit pathetic, don’t you think? Mustang would own you in a second like that...

I heard firefox skipped 3.6.5 so the mobile and regular versions have the same version number.

lol. FMA got boring half-way through