If you speak to enough software engineers, you’ll realize that many of them can’t understand some everyday ideas without using computer metaphors. They say “context switching” to explain why it’s hard to work with interruptions and distractions. Empathy is essentially machine virtualization, but applied to other people’s brains. Practicing a skill is basically feedback-directed optimization. Motion sickness is just your video processor overheating, and so on.

A few years ago, I thought I was the only one whose brain used “computer” as its native language. And at the time, I considered this a major problem. I remember one summer afternoon, I was playing scrabble with some friends at my parents’ house. At that time, I had just finished an internship, where day-to-night I didn’t have much to think about other than computers. And as I stared at my scrabble tiles, I realized the only word I could think of was EEPROM1.

It was time to fix things. I started reading more. I’ve carried a Kindle in my backpack since I got my first Kindle2 in high school, but I haven’t always used it regularly. It’s loaded with a bunch of novels. I don’t like non-fiction, especially the popular non-fiction about famous politicians and the economy and how to manage your time. It seems like a waste of time to read about reality, when make-believe is so much more interesting.

I also started watching more anime. I especially like the ones where the main character has a professional skill and that skill becomes a inextricable part of their personal identity3. During my last semester in college, I thought really hard about whether I really wanted to just be a computer programmer until I die, or whether I simply had no other choice, because I wasn’t good at anything else. And so, I watched Hibike! Euphonium obsessively, searching for answers.

Devoting your life to a skill can be frustrating. It makes you wonder if you’d be a completely different person if that part of you were suddenly ripped away. And then there’s the creeping realization that your childhood passion is slowly turning into yet another boring adult job. It’s like when you’re a kid and you want to be the strongest ninja in your village, but then you grow up and start working as a mercenary. You can still do ninja stuff all day, but it’s just not fun anymore.

But I like those shows because it’s inspiring and refreshing to watch characters who really care about being really good at something, as long as that something isn’t just “make a ton of money”. I think it’s important to have passion and a competitive spirit for at least one thing. It’s no fun being just mediocre at a bunch of things. Plus, being good at something gives you a unique perspective on the world, and that perspective comes with insights worth sharing.

I thought a lot about Q-learning during the months after my car accident. I think normal people are generally unprepared to respond rationally in crisis situations. And that’s at least partially because most of us haven’t spent enough time evaluating the relative cost of all the different terrible things that might happen to us on a day to day basis. Q-learning is a technique for decision-making that relies on predicting the expected value of taking an action in a particular state. In order for Q-learning to work, you need models for both the state transitions (what could happen if I take this action?) and a cost for each of the outcomes. If you understand the transitions, but all of your costs are just “really bad, don’t let that happen”, then in a pinch, it becomes difficult to decide which bad outcome is the least terrible.

I try to spend as little time as possible shopping around before buying something, and that’s partially because of what’s called the Optimizer’s Curse4. The idea goes like this: Before buying something, you usually look at all your options and pick the best one. Since people aren’t perfect, sometimes you overestimate or underestimate how good your options are. The more options you consider, the higher the probability that the perceived value of your best option will be much greater than its actual value. Then, you end up feeling disappointed, because you bought something that isn’t as good as you thought it’d be.

Now that doesn’t mean you should just buy the first thing you see, since your first option might turn out to be really shitty. But if you’re reasonably satisfied with your options, it’s probably best to stop looking and just make your choice.

But artificial intelligence also tells us that it’s not smart to always pick the best option. Stochastic optimization methods are based on the idea that, sometimes, you should take suboptimal actions just to experience the possibilities. Humans call this “stepping out of your comfort zone”. Machines need to strike a balance between “exploration” (trying out different options to see what happens) and “exploitation” (using experience to make good decisions) in order to succeed in the long run. This balance is called the “learning rate”, and a good learning rate decreases over time. In other words, young people are supposed to make poor decisions and try new things, but once you get old, you should settle down5.

The difference in cumulative value resulting from sub-optimal decisions is known as “regret”. In the long run, machines should learn the optimal policy for decision-making. But machines should also try to reach this optimum with as little regret as possible. This is accomplished by adjusting the learning rate.

So is it wrong for parents to make all of their children’s decisions? A little guidance is probably valuable, but a too conservative learning rate converges to a suboptimal long-term policy6. I suppose kids should act like kids, and if they scrape their knees and do stupid stuff and get in trouble, that’s probably okay.

Anyway, there’s one more artificial intelligence technique that I don’t understand too well, but it comes with interesting implications for humans. It’s a technique for path planning applied to finite LQR problems, which are a type of problem where the system mechanics can be described linearly and the cost function is quadratic with the state. These restrictions yield a formulation that lets us compute a policy that is independent of the state of the system. In other words, the machine plans a path by starting at the goal, then working backward to determine what leads up to that goal.

The same policy can be applied no matter your goal (”terminal condition”), because all the mechanics of the system are encoded in the policy. For example, if your goal is to build rockets at NASA, then it’s useful to consider what needs to happen one day, one month, or even one year before your dream comes true. The policy becomes less and less useful when the distance to your goal increases, but by working backward far enough, you can figure out what to do tomorrow to take the first step.

And if your plans don’t work out, well don’t worry, because the policy is independent of the state of the system. You can reevaluate your trajectory at any point to put yourself back on the right track7.

I miss learning signal processing and computer graphics and machine learning and all of these classes with a lot of math in them. I work on infrastructure and networking at work, which is supposedly my specialization. But I also feel like I’m missing out on a lot of great stuff that I used to be interested in. The math-heavy computer science courses always felt a little more legit. I always imagined college to be a lot of handwriting and equations and stuff. Maybe I’ll pick up another side project for this stuff soon.

And here’s a photo of the hard disk from my first laptop: 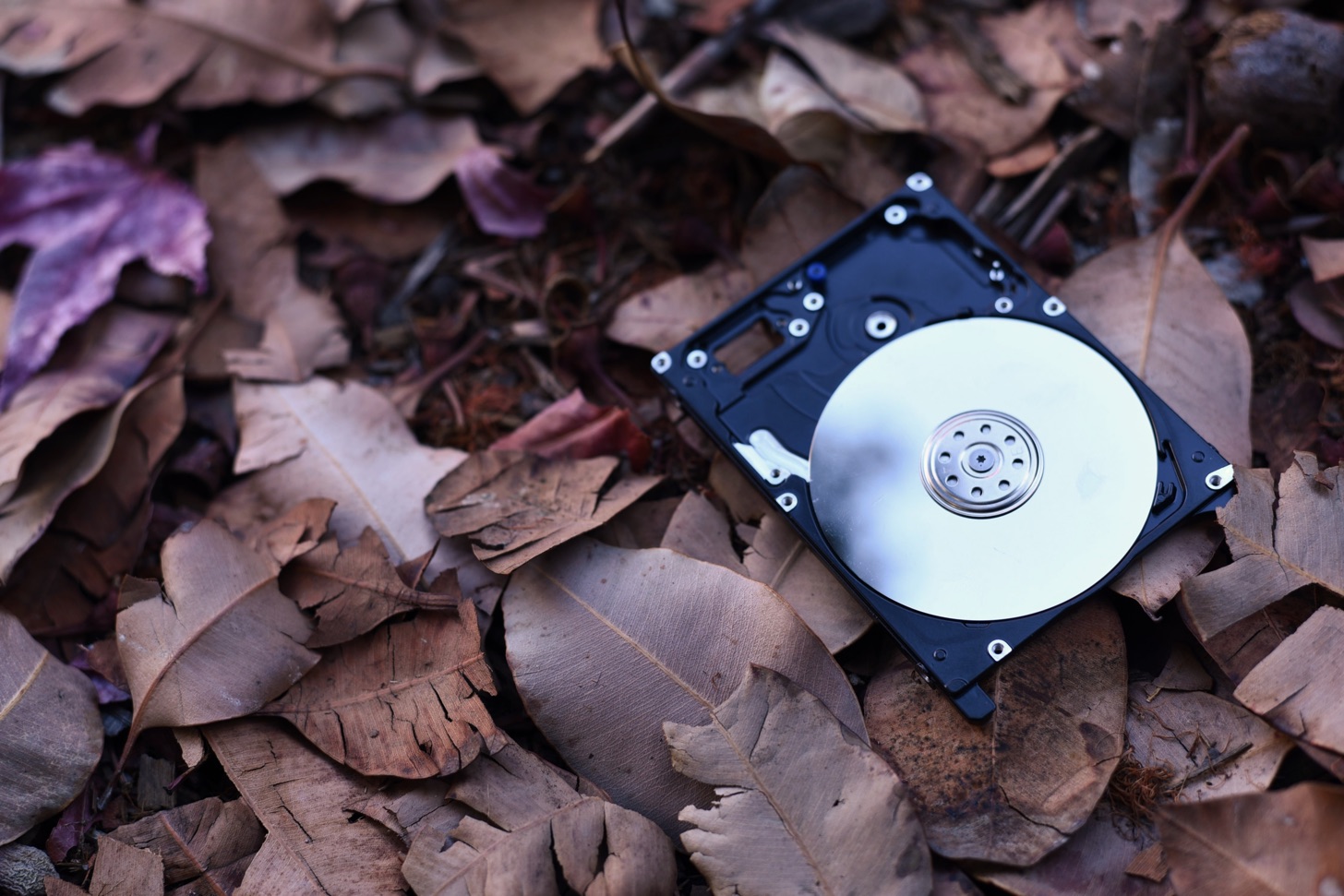 It died less than a month after I got the laptop. After that, I started backing up my data more religiously. Plus, I replaced the spinning rust with a new Crucial M4 and that lasted for about 4.5 years until it broke too. I still kept this hard drive chassis and platter, because it looks cool.

Next: Data loss and you Previous: The data model of Hubnext

That was an interesting read, thank you for sharing :)