The hardest truth I had to learn growing up is that not everyone is interested in the truth, and maybe that’s okay. I’m not talking about material truths like the mounting evidence for climate change or incredible importance of space exploration. There’s nothing to debate about material truths, and while some people dispute them, you can hardly argue that ignoring them is okay. I’m talking about truths about people. I’m talking about whether our laws are fair to the poor. I’m talking about whether certain races or genders or social classes are predisposed to be better or worse at their jobs. I’m talking about whether regulated capitalism is the best we can ask for, whether crime is a racial issue, whether homosexuality is a mental illness, whether the magic sky man really does watch everything you do, whether abortion is baby murder, whether Steve Jobs would like the new iPhone, and whether we’re cold-hearted monsters for selling guns to people who can’t make up their minds about any of these issues in a country where people die from preventable gun violence every day. I want to know why these questions cause so many problems, and I want to know why, in many cases, it seems like the best thing to do is to ignore them.

Here’s some truth for you: I don’t particularly mind if nobody reads this blog, and yet I know that some people do. I know there’s spillover traffic from the number one most popular page on this site, and although I haven’t checked Google Analytics in a few months, I know that the spillover is enough so that every few hours, some poor sucker winds up on one of these blog posts and miraculously reads the whole thing. I could just as happily write to a quiet audience as I could to nobody at all, because ultimately I just like the idea of publishing my thoughts to the public record. Here’s another truth: I’m not wearing pants (I almost never wear pants at home). I finished my dinner and finished washing the dishes and wiping down the counter and now I’m sitting in the dark with no pants on, wondering whether it’s time for a new laptop. More truths: the deadlines at work are getting to my head, even though I won’t admit it. I don’t exactly like my work, but I do like my workplace, and the thought of leaving is too frightening to even consider right now. I feel like my list of things to do has been growing endlessly ever since I graduated from college, and I try not to think of what things will be like in a year, because I’m afraid I won’t like the answer.

When I was around 15 years old, I started getting all kinds of ideas in my head, and the biggest one was that the internet could teach me all kinds of truths that nobody would teach me before. At that moment, I felt like my brain had unlocked an extra set of cores1. I thought that, given enough time, a mind in isolation could discover all the grand truths of the universe. I wondered if that mind could be my mind, and I couldn’t wait to get started.

Some of the discovery was just disgusting stuff. I went on the internet searching for the nastiest, most shocking images I could find, because I thought they would help me better understand how people’s brains worked. After all, images were just a bunch of colorful pixels. I thought it was a form of intellectual impurity to think that some images, and the ideas they depicted, should be off-limits to a curious mind. So, forcible desensitization was the only way.

But I actually spent most of my time reading about science. I learned as much physics as Wikipedia and Flash web applets could teach a teenager…which turned out to be mostly unhelpful when the time came to learn actual physics. I learned about aviation accidents and nuclear proliferation and ancient humans. I learned about the history of American space exploration and how modern religions were developed. I learned that people in the United States lived quite differently than most of the world, in more ways than what wealth alone could explain. But most importantly, I learned (what I thought were) several uncomfortable truths about people, particularly truths that many people denied2.

For many years, I went on carrying these ideas quietly in my head. They made me cynical and disdainful toward other people who didn’t think the way I did, because in my head, they weren’t just different. They were wrong. I can always identify other people that had the same experience growing up (or at least I imagine that I can). They all have the same dead fish look in their eye that says “you’re too afraid to face the truth, but I’m not”. And frankly, I very much still miss those days when all I needed was a computer and a deeply rooted misbelief to disprove.

I’m surprised that I ever grew out of that phase. I suppose everyone grows out of everything, sooner or later. But it’s not that my beliefs have changed or weakened. Rather, I realized that most of my cynicism was based on the false premise that nothing was more important than the truth.

It’s hard to look past a truth-centric view of the world when people spend so much time just trying to prove other people wrong. But as a matter of fact, the ultimate goal (the “objective function”) for a human isn’t how right you are3. People want simpler things. They want to feel good and they want the reassurance that they’ll continue to feel good in the future. They want to feel accepted and live productive purposeful lives. Finding the truth can help advance these objectives, but it is not itself a goal. At the end of the day, most of us are tired from working a full-time job and can’t be bothered to care so much. After all, if a couple of white lies make lots of people happier, who’s to say that that’s not okay? 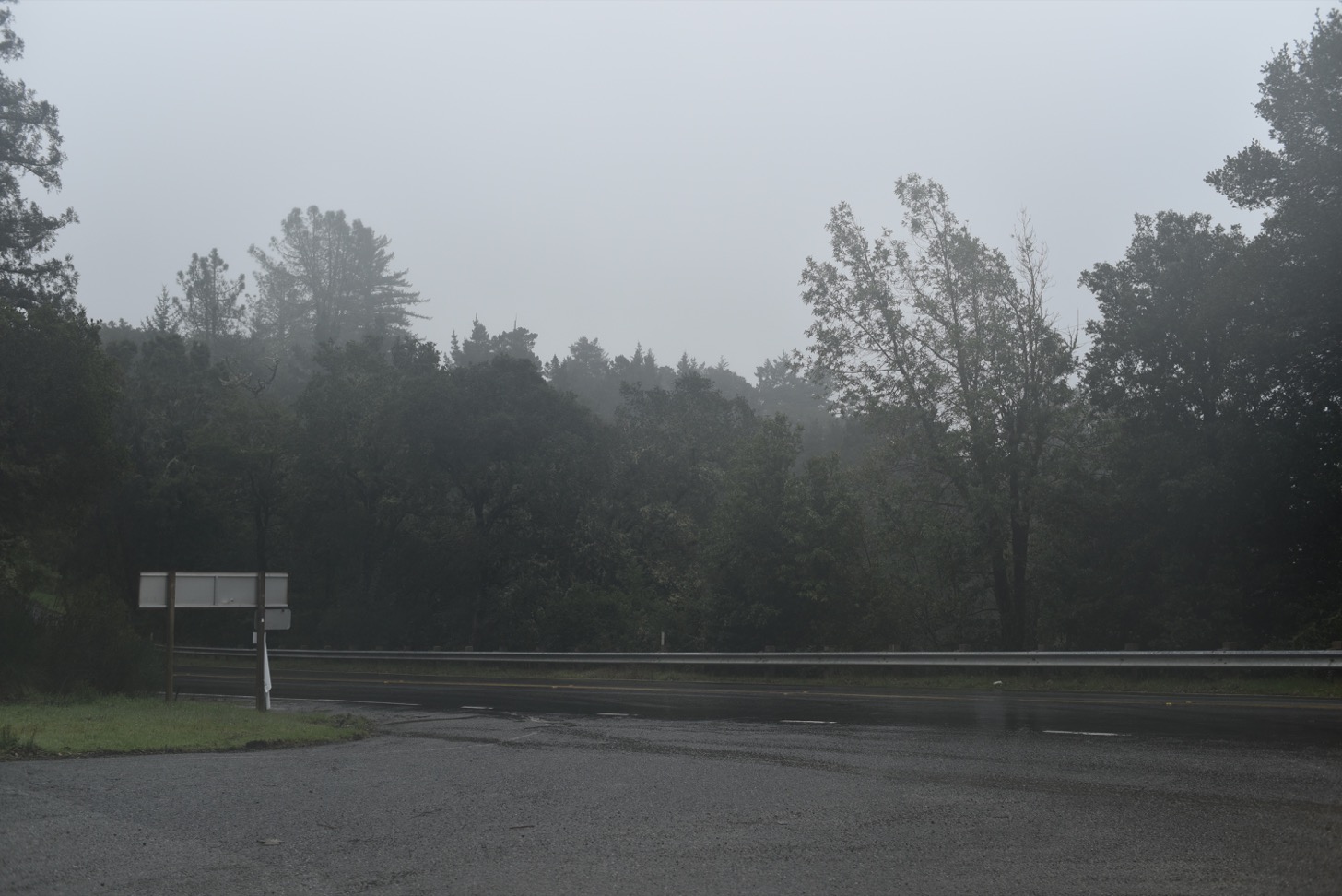 Next: Net neutrality Previous: The serving path of Hubnext

but wouldnt everyone feel good if they knew the truth?

Yeah yeah. I know I can read a book. Don't make me feel like I wasted my time writing this. But I just don't have the motivation sometimes. Like once I learn the truth it will hurt. But I want to learn the truth. And most learning tools are boring anyway. I read you because you're interesting. Or was I just taught that learning from textbooks are boring? Anyway, I want to be smart mainly because everything just fascinates me. But that's only in certain moods like right now. Ugh why am I doing this I need to study for finals ehem. I want my "smartness" to be a continuing thing. Just a constant grow forever. Also, I don't know where to start. I'm mostly interested about space, psychology, and basically life and where it came from. But then I want to learn other things like languages, being better at English, etc which all overwhelm me in a way where I'm too lazy to do anything. So I don't know where to start. Ok why the hell am I still doing this I gtg man but if you actually read it thank you. You're a blessing. Part of writing that made me feel icky because I'm talking a shight ton about myself ugh I'm just gonna stop

Roger: I agree that textbooks are boring. But my Biology IB/HL2 class taught me basically everything I know about early human evolution. I think curiosity about learning stuff is really great, and it may seem like you’re too busy with useless classes and obligations to really learn anything. But I think that there will never be a time when you think “I have so much free time, so let me try learning something”. If you want to learn, you have to make time to do it, and there’s no better time than right before final exams.

I greatly appreciate your writing (and your beautiful pictures which I assume you took because you said you liked photography on your front page). Obviously you self educate yourself and I've always wanted to do that but haven't for many reasons like how I'm afraid of finding a bunch of baloney (is that how you spell it?) or how I have to focus on classes in school I'm not interested in. So I'm wondering how you manage to do it? I understand that it's pretty straightforward to look into the sources used for the crap on the internet butttttttttttttttttttttttttt is there another option?

Why do I want to do this?

Because I want to be smart. Well...smart is a simple way to put it. "Smart" people seem to have A's in all their classes, but really most of them just study to get to a good college to get to a good job etc etc. I've seen countless people like this. Also, "smart" people seem to know a bunch of random facts like raising their hand for every history question or math question but then happen to struggle in other classes which makes them "stupid" in that class. Also, I've seen "smart" people with a sophisticated dialect and good grades yet their ignorant to the government their following. ALSO, I've seen "smart" people who are good at ALL of these things, but only ignorant to how society views them. My point is, it's hard to define smart because it comes in many forms, and everyone can never be fully "smart" because nobody's perfect (yes a bit cliche)Iranoutofwords

Roger: Glad you like the pictures! I did take them indeed. Well, I don’t have to take baloney classes anymore (that ended in college). But instead, I have to go to work and do other things (like spending hours sitting here replying to comments!). Recently, I’ve basically just watched YouTube videos to learn stuff (everything from Leonard French’s copyright law videos to powerscaling Naruto characters). Or, if it’s about computers, then I’m comfortable enough learning just by reading source code and design documents that other engineers have written. Of course, it’s impossible to know everything about everything. But there’s nothing wrong with just focusing on learning only stuff that you actually care about.

I have a habit of correcting people. I've been told that it's annoying, but I can't help it. I can't let them be wrong.

How do you spell diahrreah?

i'm gonna think on this post for a while

I can relate.
Although most of the time, I keep silent. I will until I am sure I know I can defend myself with facts. Maybe you're the same. Idk

You're one of the few individuals left on this planet