Google+
Written by Roger on Dec 2 2009 as uncategorized.

One product that is invariably on Fry’s commercials is antivirus. It’s a complex situation, but there’s a lot of money being made off popular antivirus suites like Norton or Kaspersky. But how effective are these solutions?

Chances are that you’ve had at least one encounter with a computer virus. Maybe it was a stupid mistake, or a pop-up ad that you got it from. Maybe you had antivirus at the time, and maybe you didn’t. When computers are so central to our lives (like they are today), viruses can be nasty and costly to remove.

So, how do you prevent getting viruses in the first place? Obviously, antiviruses are a part of the solution, but only a small part.

Let’s first look at the most common place that viruses come from: The Internet. With a secure and up-to-date Internet Browser (like Mozilla Firefox), over 80% of viruses can be stopped. (I made that statistic up) Another 15% can be blocked with a good ad-blocking add-on. (made this one up too)

But some attacks (like downloaded files) will get through Firefox’s security and without further protection, you’ll be infected with a nasty virus.

Here’s where your Anti-Virus Suite comes in. Firefox automatically scans all downloaded files with the antivirus that you have on your computer. In addition to this, your antivirus will scan the file again when you run it.

Antiviruses will add another 4% of protection to your PC, leaving you with only a 1% slot of infection.

Window’s virus patches and hotfixes are efficient, but they often overlap with anti virus and Web Browser security. So they’re like 0.1% maybe. If a Microsoft patch prevents a virus infection, you got really really lucky.

But still, 1% isn’t nearly small enough. So what do you do now? Another antivirus isn’t going to help. The solution to patch up this 1% is very simple: Backups.

External hard drives work great, but disk partitions work too. Usually, viruses aren’t after the complete destruction of your computer, but occasionally they will overwrite firmware and bootsectors within your computer.

In these rare occasions, a backup is the ideal solution. You should backup your

and anything else that has any value to you. Of course, backups wont guarantee 100% protection for your precious data. (Because there’s a 0.001% chance that a terrorist will bomb your house.)

Windows 7’s libraries make backing up documents even easier. Instead of storing your documents on your C:\ drive, you can make a new folder on an external harddrive and set that folder as your documents folder.

So, have fun securing your computer :)

Well, that was a really boring post because there were no pictures 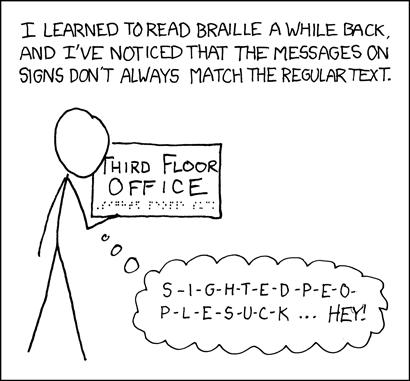 i just realized that the title means "security". (:

and make sure u don’t have a virus already when u backup, cuz the virus might infect ur backup drive as well, like @ school

Backup all your files a lot and you’ll be safe.

so i sort of skimmed through this post.
something about viruses and firefox and backing up a computer...
which i should do...just in case my laptop explodes or a terrorist bombs my house ._.
anyways, thanks :)