Google+
Written by Roger on May 5 2010 as uncategorized.

AP Computer Science AP test was beyond ridiculous. Especially for me, most of it was CASHEE-level crap. Every time I have to waste hours taking computer-science tests, I always think:

Why did I take this class?

Logically, I could have five-d the AP Test with a week or so of preparation. And instead, I could have taken Physics or something more.. worthwhile.

Though, without APCS, I wouldn’t have gotten a volunteer position at Collegewood. And screwing around during lectures wasn’t bad at all..

It’s annoying how these things work out.

But actually, I DID learn stuff in APCS.

WEE! And Adobe Creative Suite 5! How wonderful! The CS5 Trials from adobe.com are just 4GB (for the Master Collection). So, you can burn the entire thing to one standard 4.7G DVD. Awesome right? 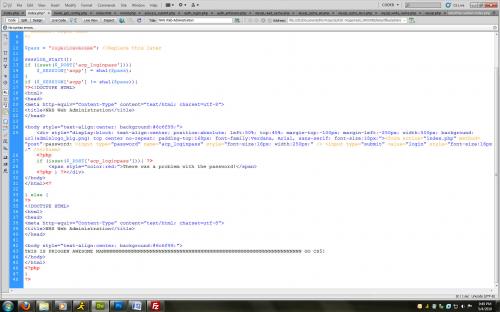 Me trying to show enthusiasm while programming..

Well, the only differences I’ve noticed (from CS4) are that Photoshop’s zoom is smooth now and Dreamweaver’s code-highlighting scheme has different colors.

Maybe coding in sky-blue function headers instead of navy-blue will increase my programming skills by 26%!

Oh and another thing. I can do PPro/AfterFX on my 64-bit rig because the codecs work!

Why must you rub in the fact htat you couldve 5ed the AP test without trying? -__-

ok: I probably could 5 the music theory AP with only a week or so of preparation -_-