Google+
Written by Roger on Jun 17 2010 as uncategorized.

Customary blog updates about vacations are so expected that they’re almost a requirement rather than a rarity. But this one lasted a mere 9 days, which took up the bulk of my school-free summer days. It’s almost hard not to write about it.

14 hour flight to China. Not too bad.

But wait! Man, these movies are free? Oh crap, suddenly I feel like this flight won’t be too bad. I watch TV there till the pus is leaking from my eye-sockets. Then I doze off, while listening to their inadequate selection of asian pop music.

Off the plane, to grandma’s house. On the inside, it’s huge. 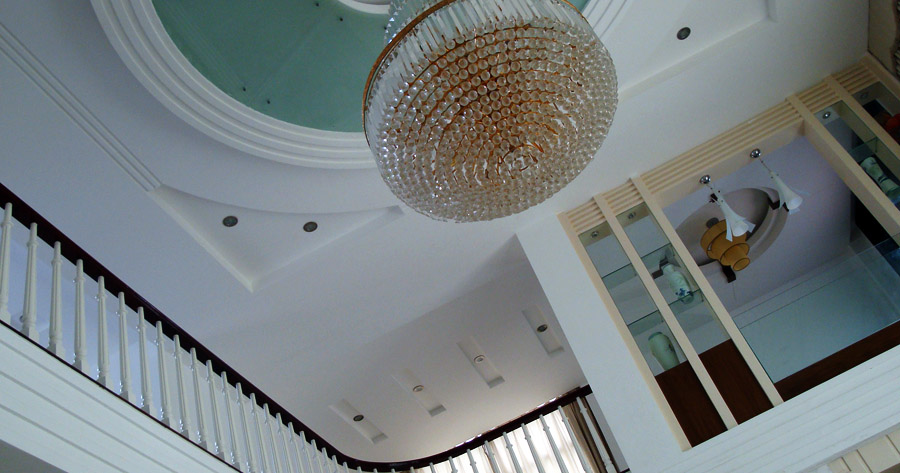 Even though it’s next to a dump..

But it’s a pretty nice dump. (as opposed to my ten-pounders from all the food)

I did a lot of screwing around there. Since there wasn’t much else to do, besides eat. In retrospect, I should have worked on my website. Then, I wouldn’t have had to cram it in with physics class.

I was going to use a silhouette of me as part of the new RogerHub design. I need to have: Twitter, Robo.to, and Dango somewhere in the design. But I eventually just drew a dango into the O, because I’m uncreative like that. 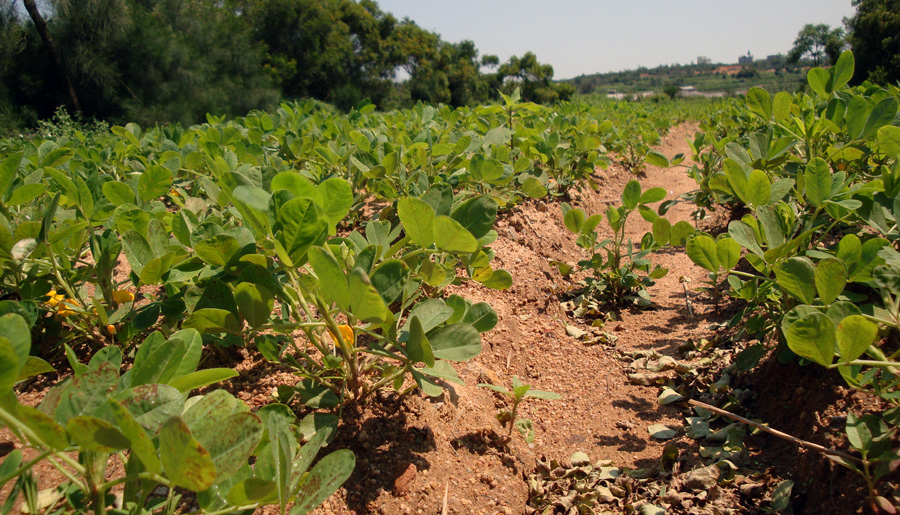 The countryside still exists. Who knew? 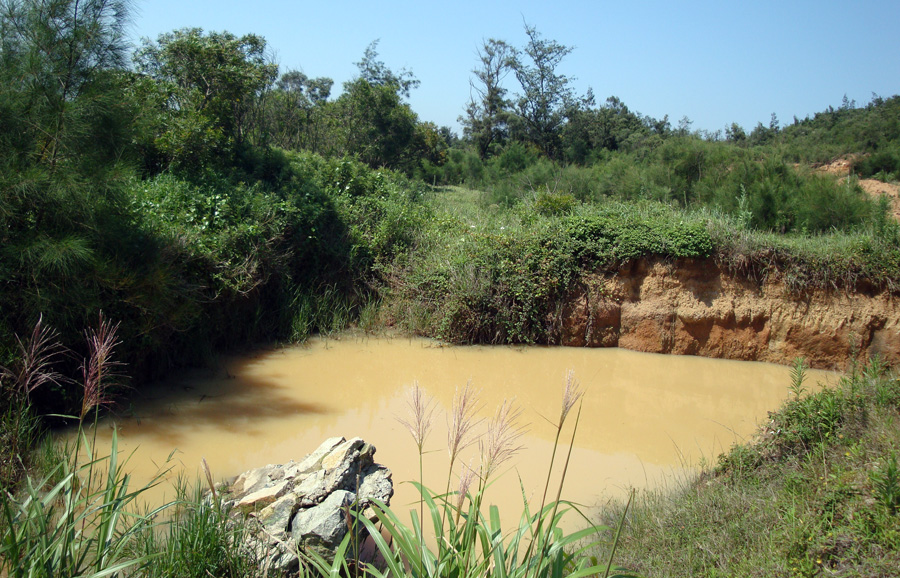 Big river that runs down Fuzhou. 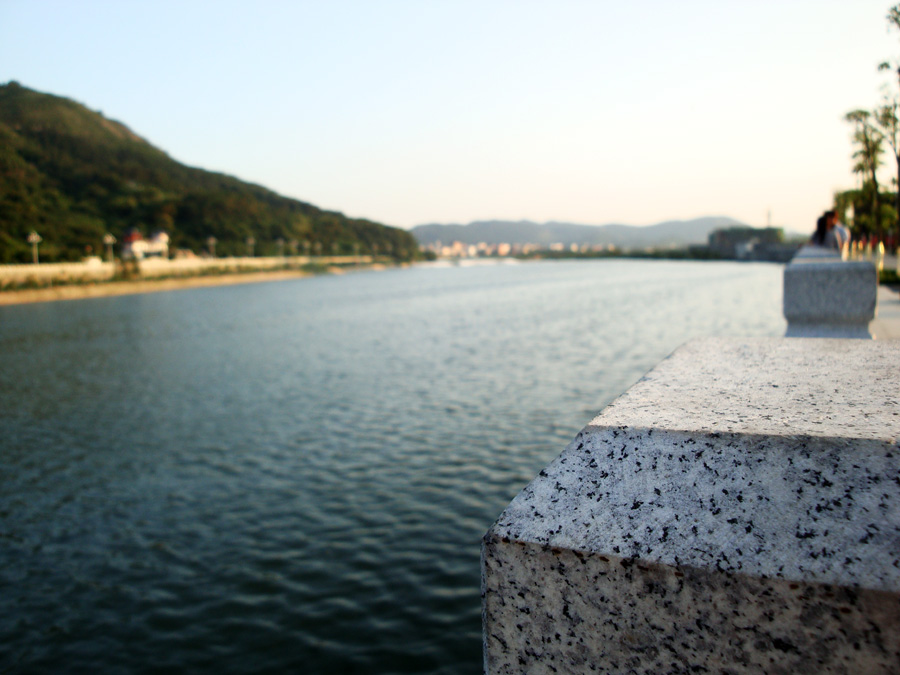 Another view on the river... and on your right, a couple pissed about how lame their river-date turned out to be. Well, it was rush-hour and the river was virtually running right beside the street. 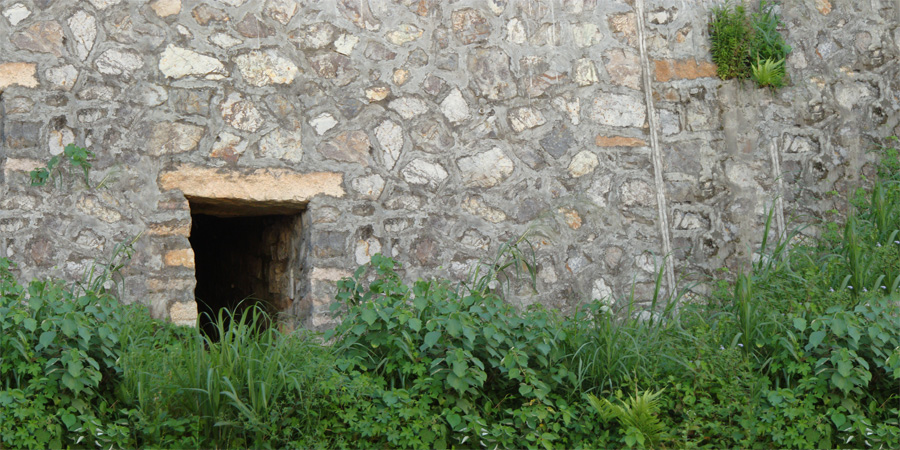 Oh, and I found the door to Narnia. Didn’t have time to go in though. Maybe next time!

Another view of the river. The cityscape doesn’t detract from the picture much. 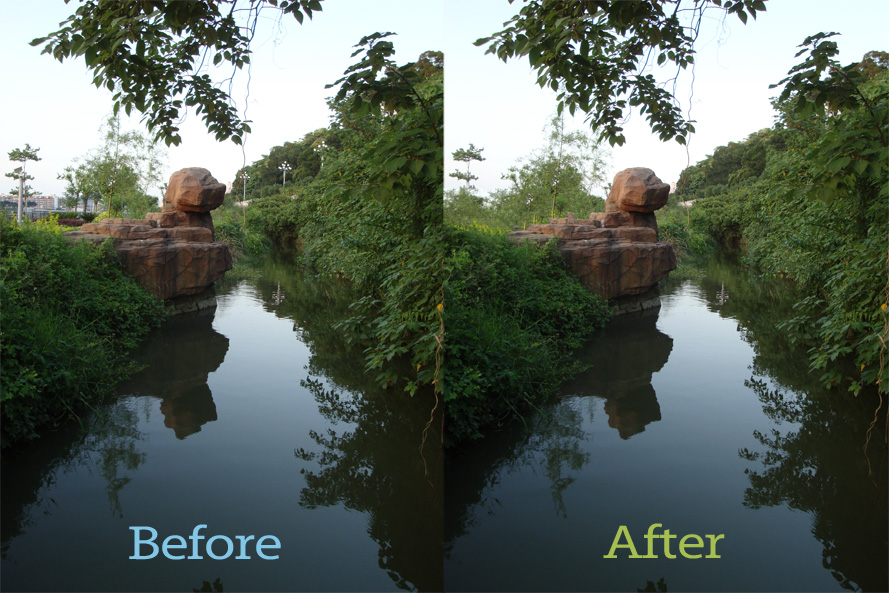 Man Photoshop CS5 is stupidly awesome. I took out the street lamps on the right and the city-scape on the left. Zaneta, your turn. 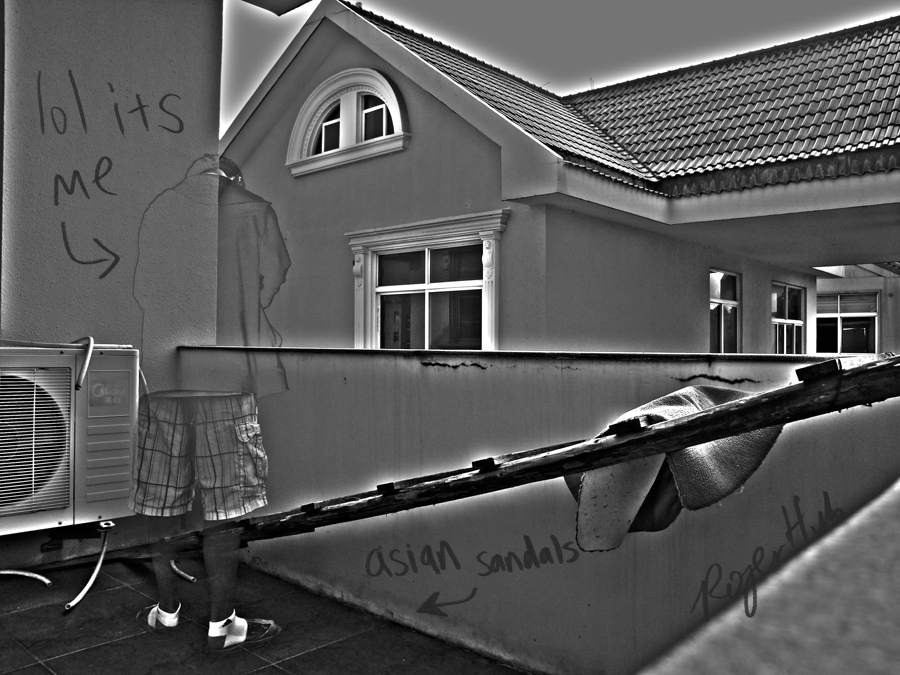 Took 2 shots: same background, same angle, one with me, and one without. Aligned them on Photoshop so I could make myself transparent! Then, I did some weird effects because the transparency was boring..

The rule is: It’s fine as long as you don’t get hit. Taxi drivers have to weave in and out of traffic. Then, shrink their taxis through ridiculously small widths, avoiding yet another accident. It’s amazing that China has a smaller accident-to-population ratio than the US. Then again, they have fewer cars too.. 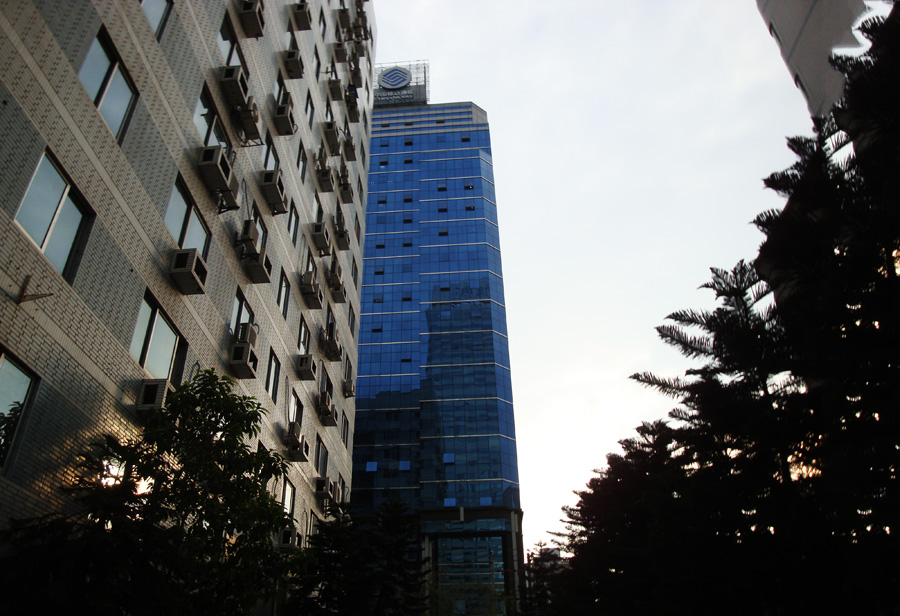 After, we went to my other (maternal) grandma’s house in Fuzhou. 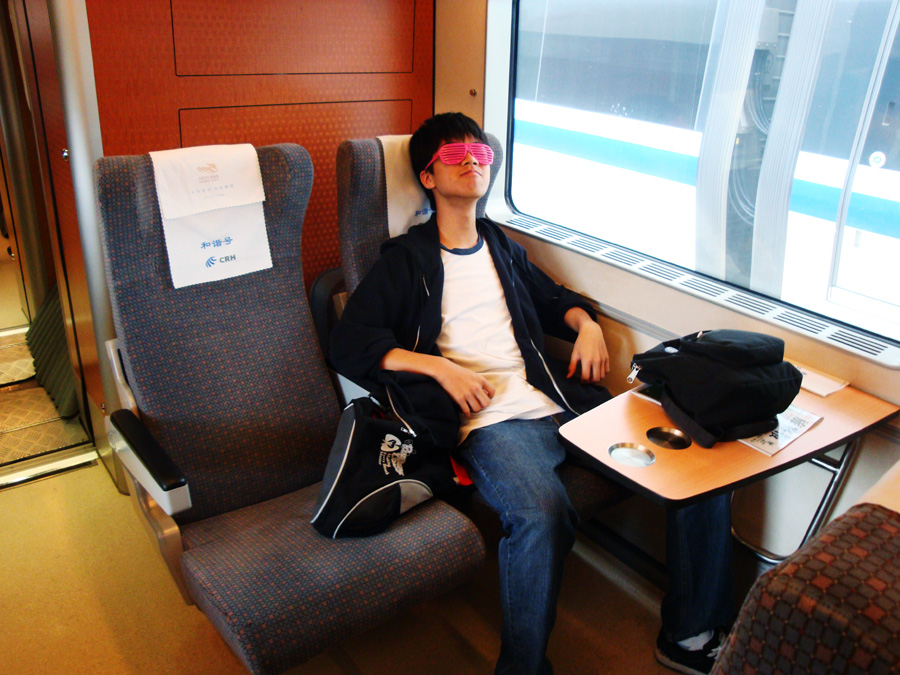 Took the high-speed rail to Shanghai. Crazy huge seats, bigger than airline’s business class. And some awesome guy that’s sitting in my seat. 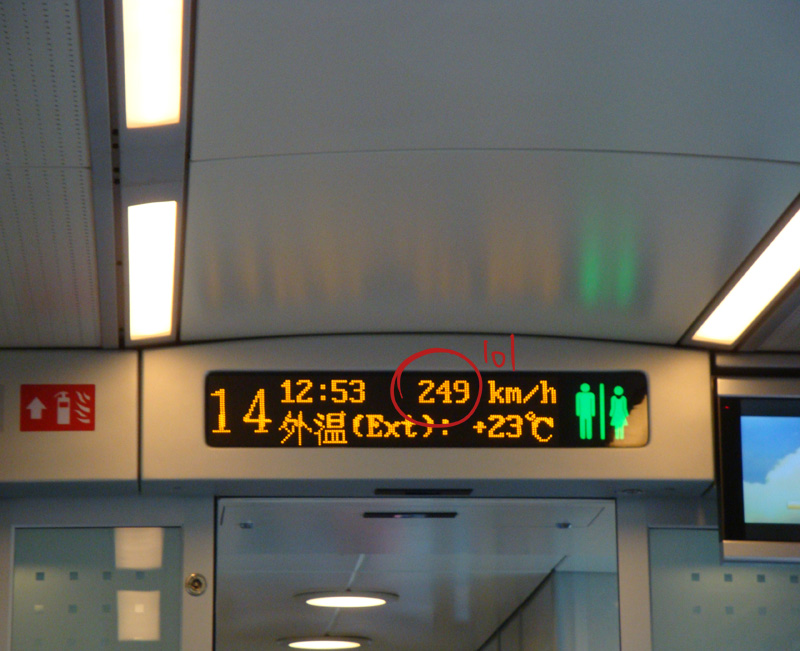 That number shows the speed of the train. Kept all the little kids busy for the entire train ride. ”mom MOM, it went DOWN!!”

We went to the 2010 World Expo at Shanghai. Generally, every country as well as every continent had a pavilion (fancy name for booth). They’re supposed to show off their advances in eco-friendly technology and how their nation is so great and peaceful. Yep.. It’s supposed to be a world expo, but nobody seems to know about it, at least in the US.... which is probably why it was 99% Chinese there.

Not sure what this is supposed to be, but it’s probably important.

If you don’t push and shove your way into and out of the subway, you’re not gonna be going anywhere. They even had the Chinese military at the 2010 expo to make sure nobody was cutting in line. 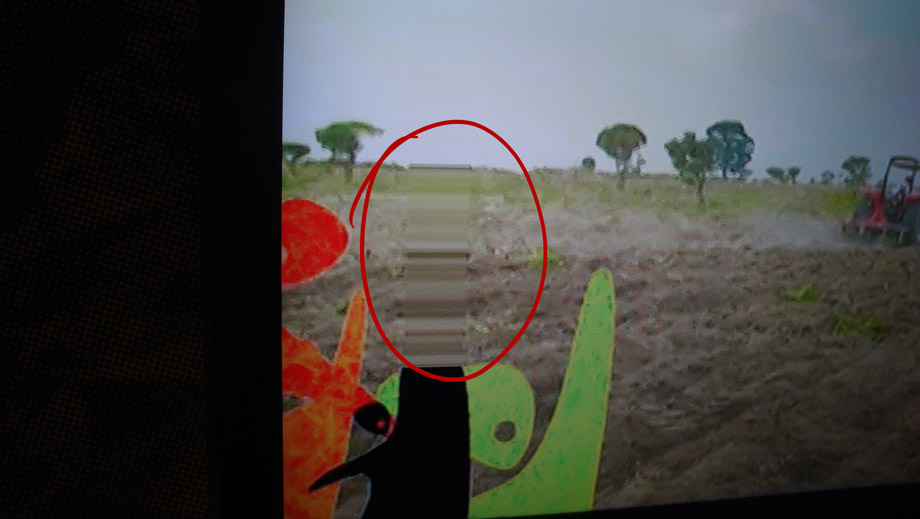 This isn’t the best picture in the world, but that’s not the point. See the strip of pixels that looks odd on the monitor? That’s the result of a common method used to remove watermarks. Basically, you take the left and right pixels of the water-marked area and fill in the watermark with those. It works fairly well.. but can’t a World Expo get their hands on footage thats.. um, theirs? man. 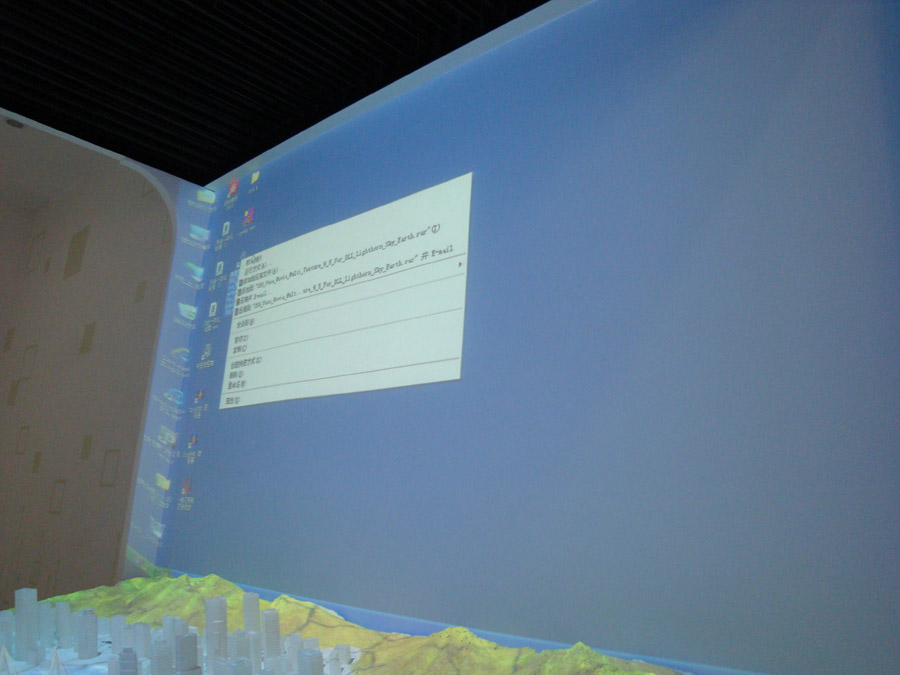 For a country that “looks to the future”, maybe stepping away from Windows XP would be a good idea. 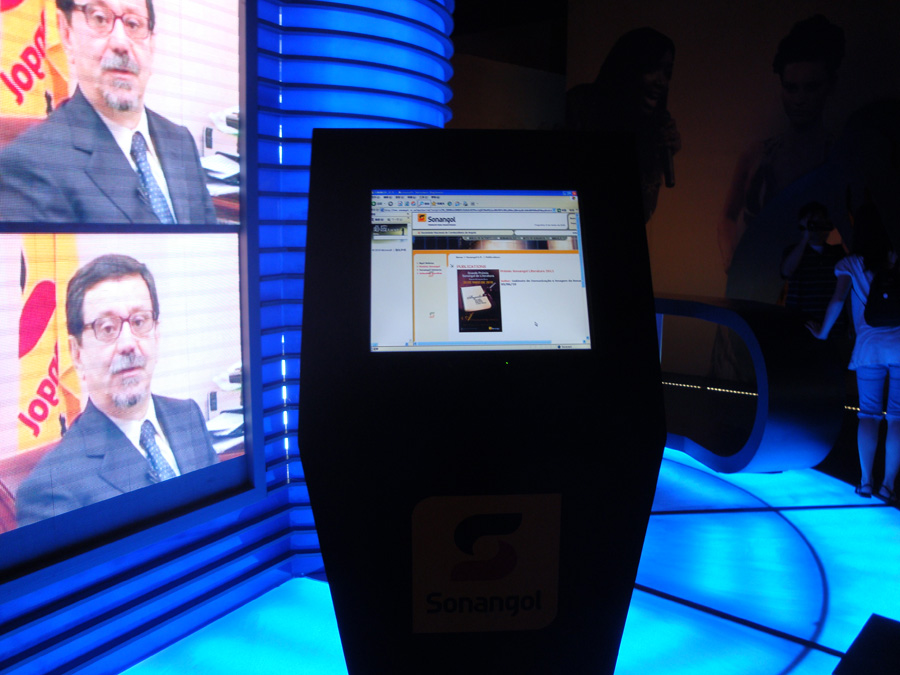 More XP.. and WHAT? Internet Explorer? I’ve just lost all respect I had for this country. There were tons of examples, but the pictures all look the same after a while.

Can you spot the fail in this picture? 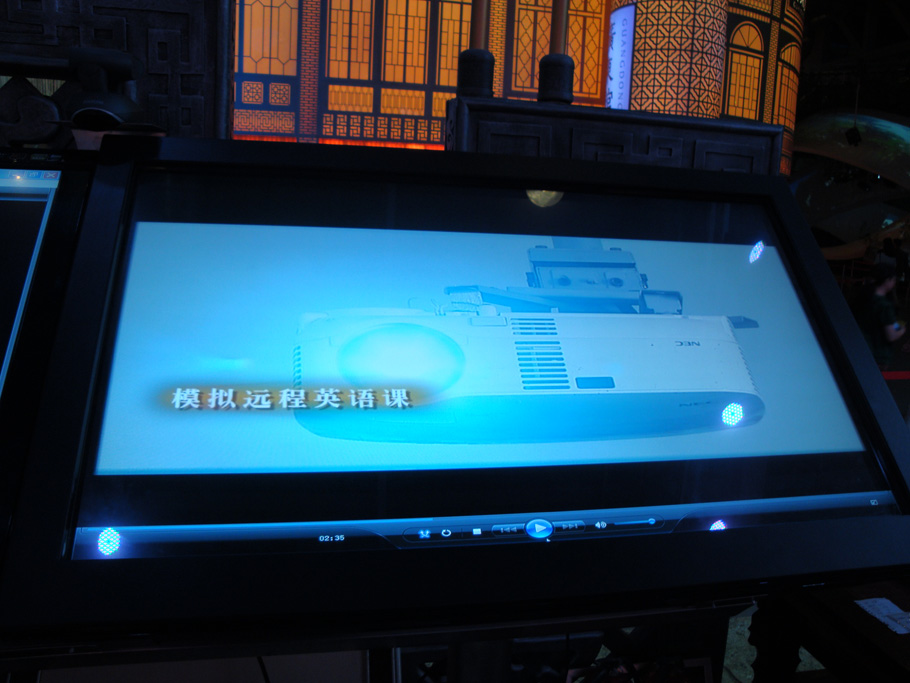 Hey! Windows Media Player! I bet they had some trouble finding one of the very few formats that WMP supports naively.. Obviously, switching to Media Player Classic or VLC was never suggested. 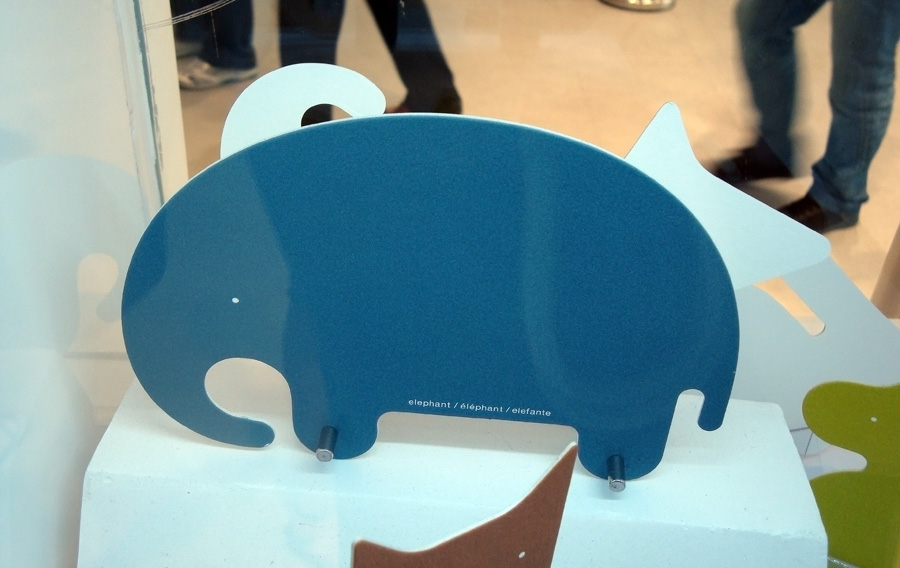 Elephant postcard. This was in a full-scale model of a futuristic post office. Though, I don’t think elephant-shaped postcards are bleeing-edge exactly.. 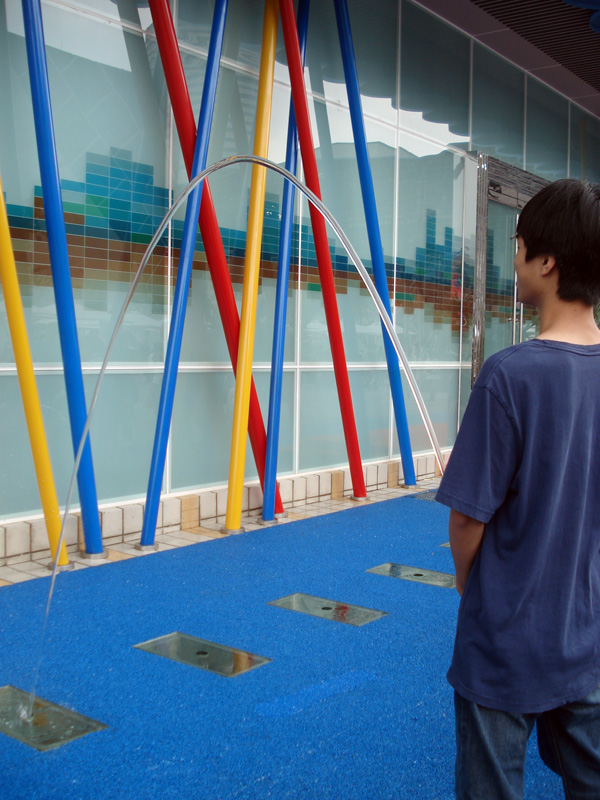 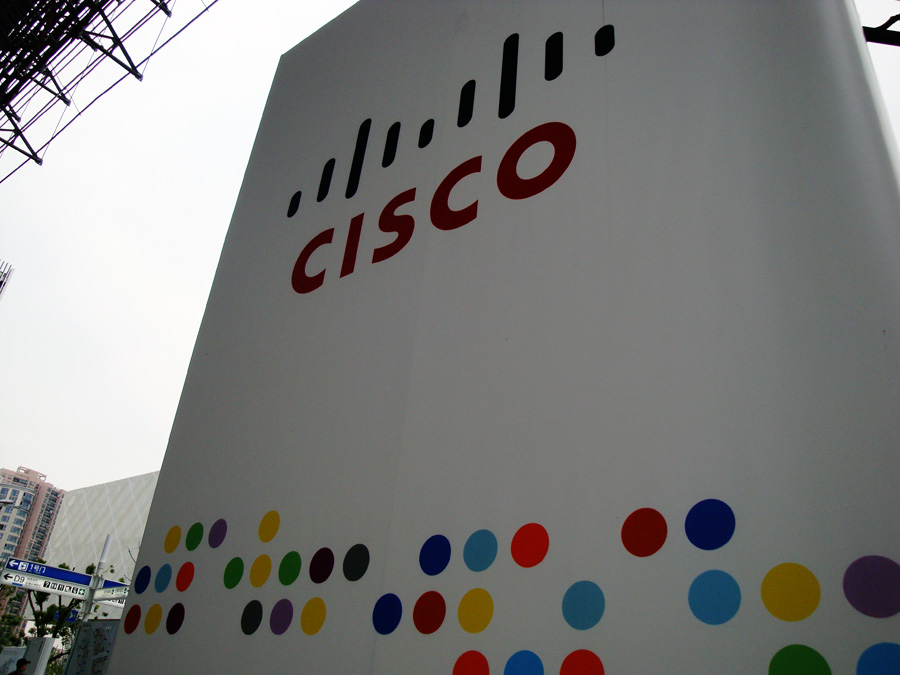 We went to see the Cisco Pavillion too. Some of the bigger sponsors had their own buildings there. We waited 4 hours for the Japan Pavillion and it wasn’t that great. One hour for Cisco, and it was hilarious. They played this brief drama clip staged in a “networked city”. 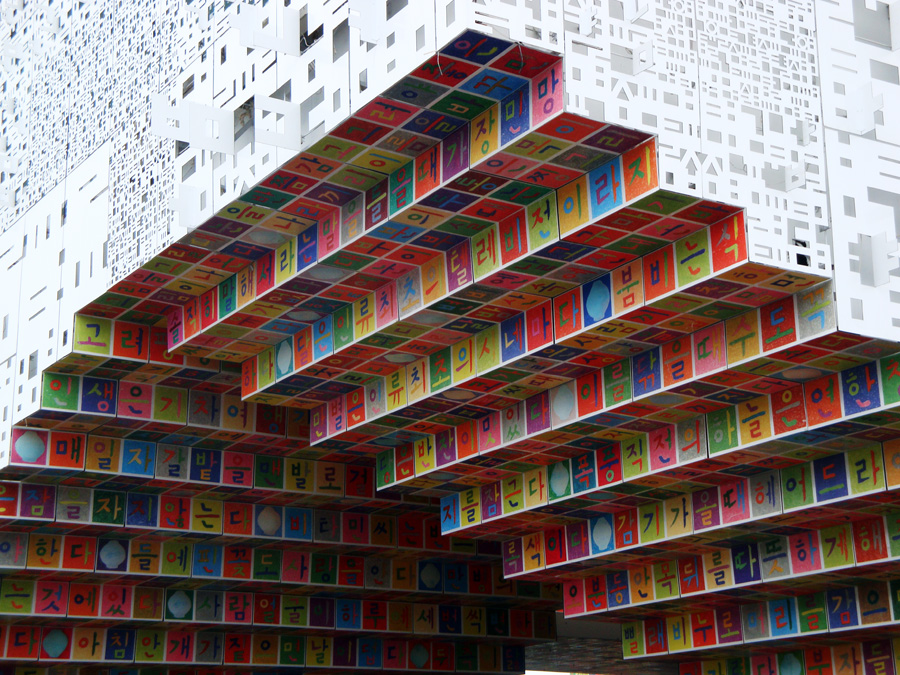 Korean Pavilion. Afterwards, we had instant noodles on the rooftop of this thing.

Fresh rain droplets on a metal raili—holy crap a UFO. 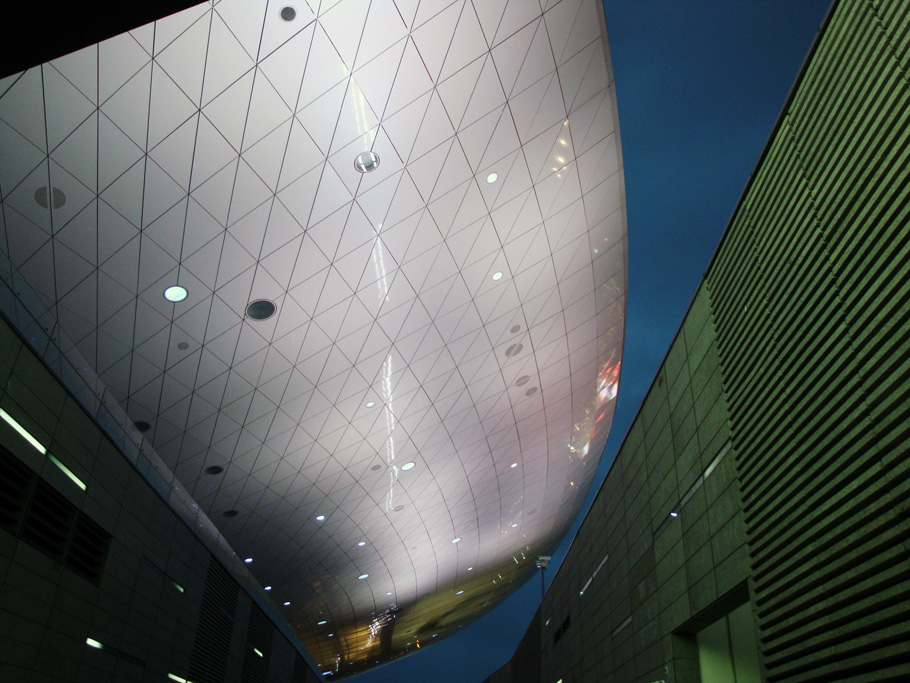 Some guys got the UFO to land on the specialized UFO dock that was setup for the expo. You can go inside—if you’re willing to wait 9 hours, that is. 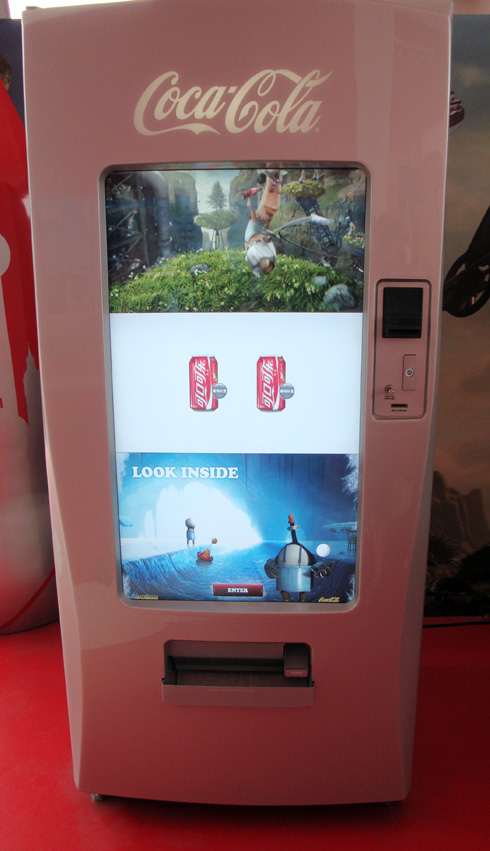 Future Coke Machine. It’s touch screen... like everything else. 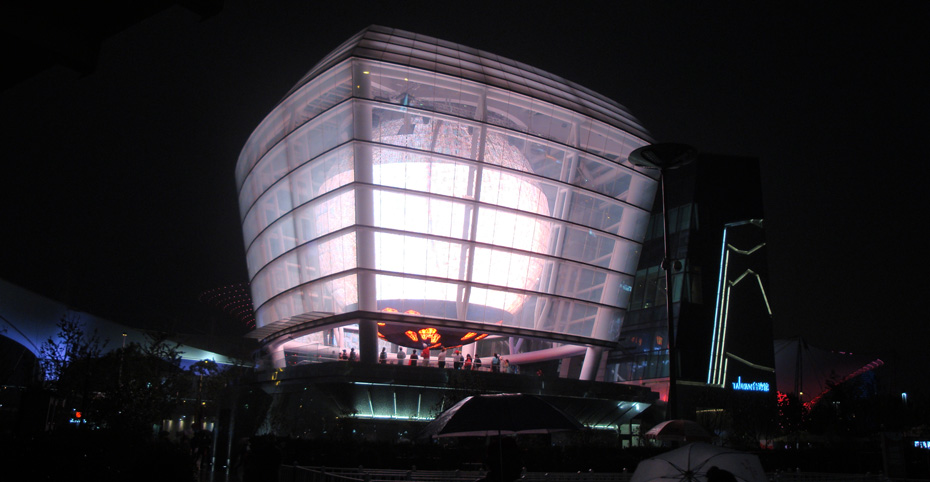 Taiwan Pavillion. I heard you can actually go inside that giant spherical-TV thing. 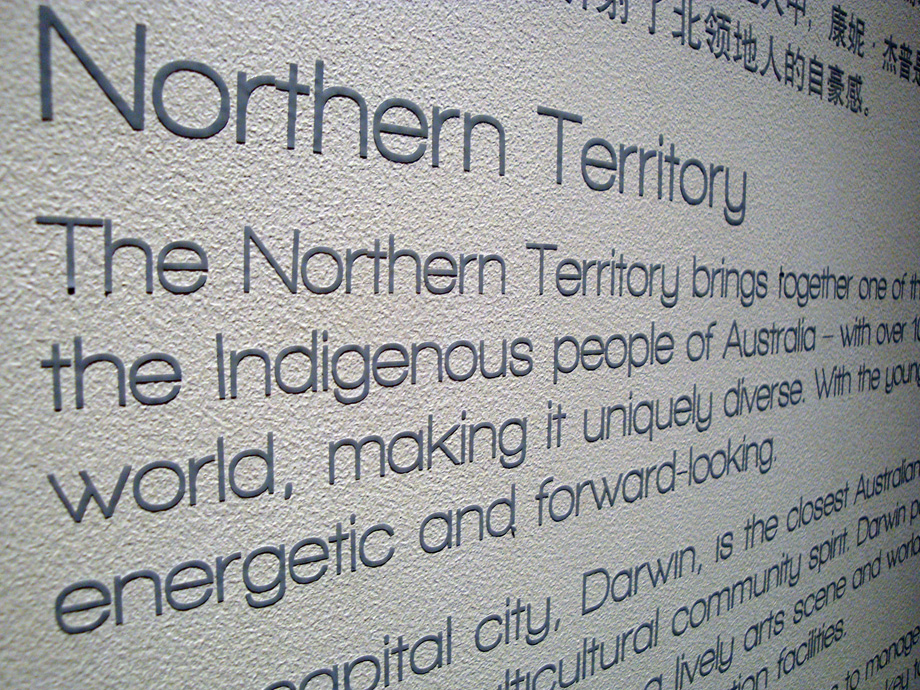 Sucks for whoever had to glue each of these letters on the wall. (AU Pavilion) But man, they look crazy awesome. 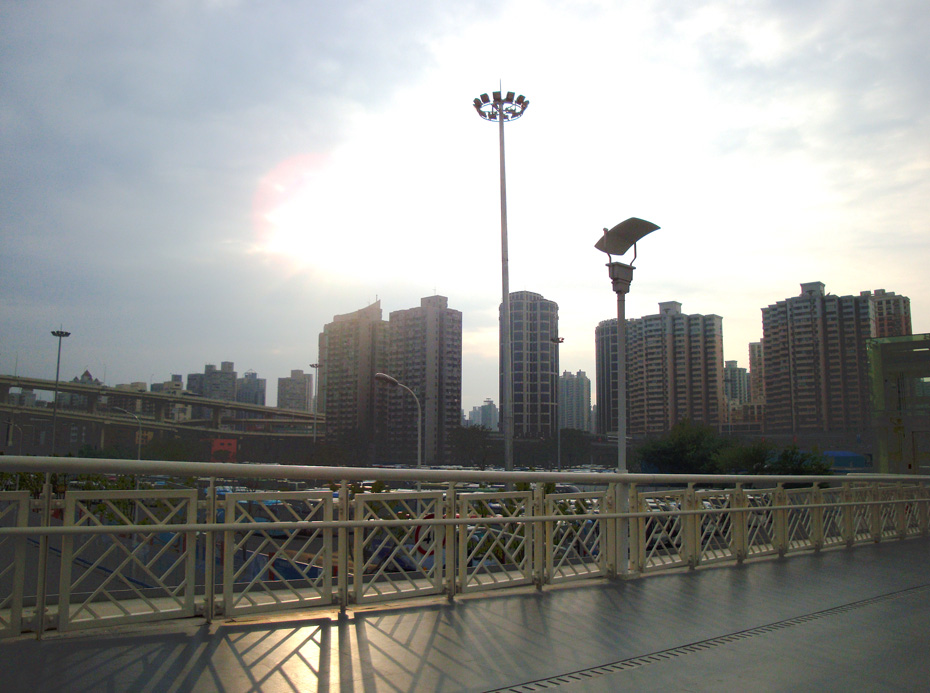 HDR from 3 exposures. You can see the details of the city while it looks like a nuke just blew up in the sky. 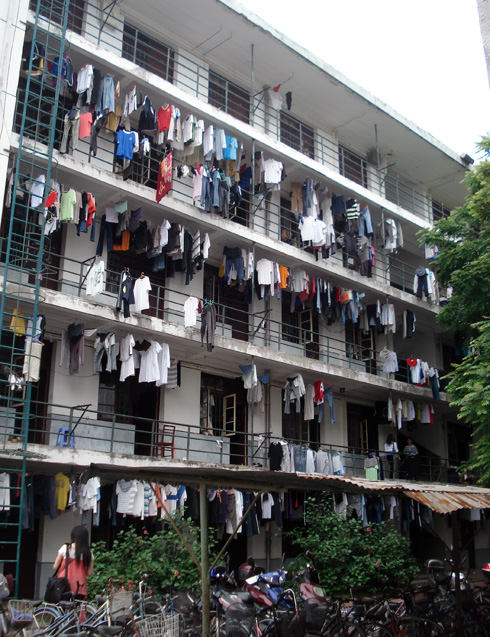 I don’t get it either. 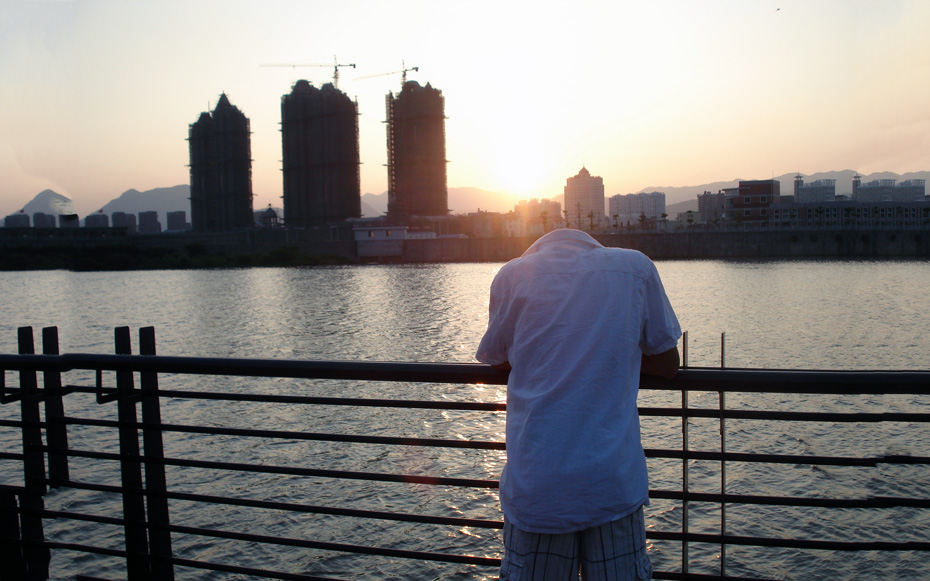 And that’s it. Now that I’m back, I have the NHS website to do and craploads of physics homework. Man, screw this.

-Roger
Next: No Magic Previous: Remastered

hey, you fail. you didn’t photoshop the reflection of the lamp post out of the picture -_-