I talk a lot about one day giving up computers and moving out, far, far away to a place where there aren’t any people, in order to become a lumberjack or a farmer. Well lately, it’s been not so much “talking” as instant messaging or just mumbling to myself. Plus, I don’t have the physique to do either of those things. My palms are soft and I’m prone to scraping my arms all the time. I like discipline as a virtue, but I also don’t really like working. And finally, my hobby is proposing stupid outlandish half-joking-half-serious expensive irresponsible plans. It’s fun, and I guess you can’t really say something’s a bad idea until you’ve thought it through yourself.

Joking aside, my motivation comes from truth. Computers are terrible. It becomes more and more apparent to me every year that passes. I want to get far, far away from them. They’re the source of most of my problems1. And lately, it has become clear that lots of other people feel the same way.

Terribleness isn’t the computer’s fault. It all comes from a fundamental disconnect between what people think their computers are and the terrible reality of it all. A massive fraction of digital data is at constant risk of being lost forever, because it’s stored without redundancy on consumer devices scraped from the bottom of the barrel. Critical security vulnerabilities lurk in every computer system. Most of the time, they aren’t discovered simply because nobody has bothered looking hard enough. But given the lightest push, so much software2 just falls apart. You can break all kinds of software just by telling it to do two things at once. Load an article and swipe back at the same time? Bam! Your reddit app UI is now unusable. Submit the same web form from two different tabs? Ta-da! Your session state is now corrupt.

At this moment, my Comcast account is fucked beyond repair after a series of service cancellations, reinstatements, and billing credits put it in an unusual state. I needed to order internet service at my next apartment. I couldn’t do it on the website, probably because of the previous issues. I also didn’t think it was worthwhile explaining to yet another customer service rep over why my account looked the way it did. So, I just made a new account and ordered it there3. 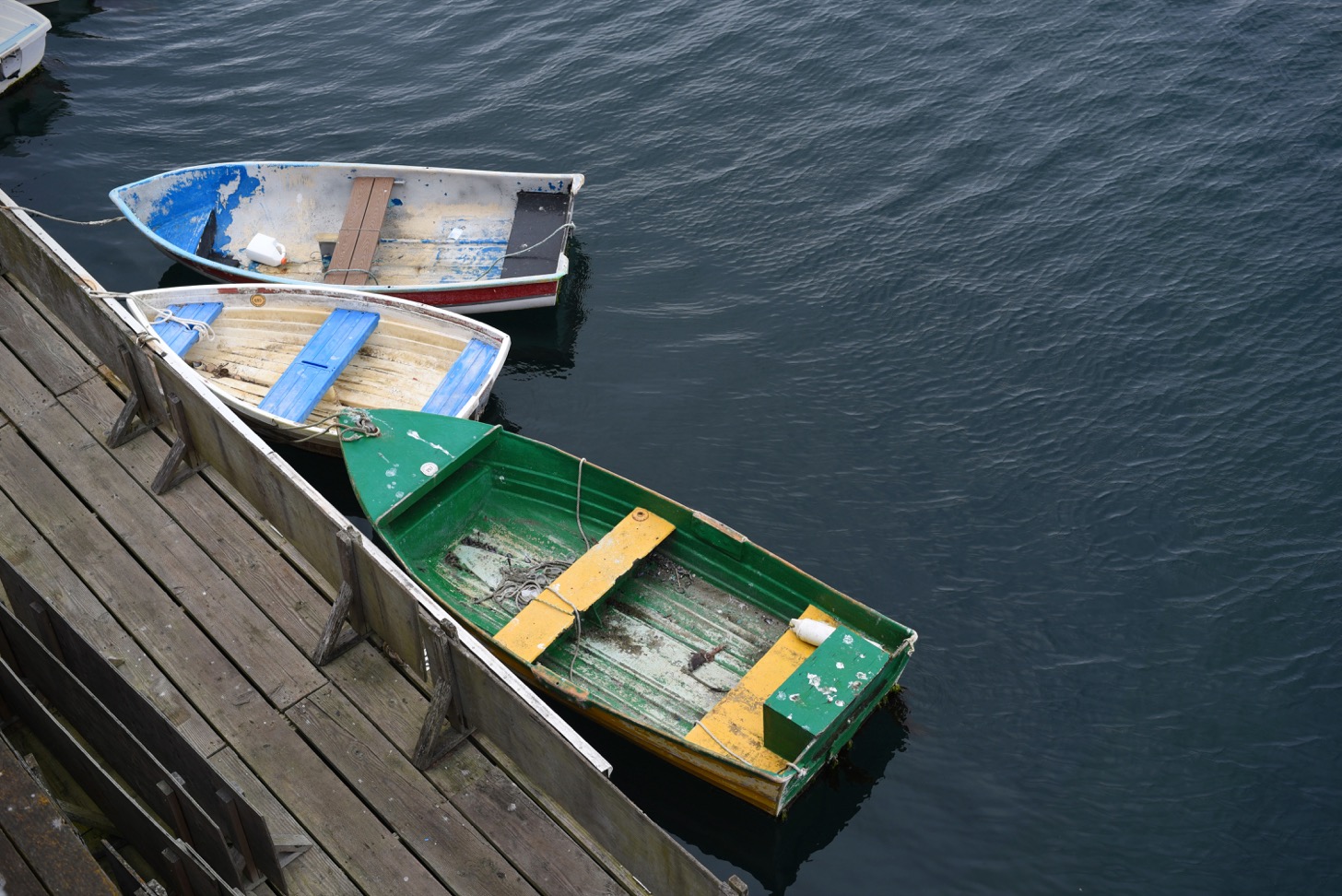 You can get rid of all these problems if you try hard enough. Some people simply don’t own any data. Their email and photos and documents and (nonexistent) depositories of old code just come and go along with the devices they’re stored on. They don’t have data at risk of compromise, because they don’t have any digital secrets and important computer systems (like their bank) just have humans double-checking things every step of the way.

Alternatively, you could put expiration dates on your data. Email keeps for 2 years. Photos: five. Sort your data into annual folders, and when the expiration date passes, simply delete it. This strategy takes the focus off of maintaining perfect data integrity and opens up a new method to measure your success. At the end of the year, if you never had trouble finding an old photo and your credit score was doing alright, then declare success.

Maybe you could live somewhere where people don’t really need computers. Maybe they have a phone that only makes calls and a nice big TV and maybe some books and paper and stuff to do outside. Or maybe they have iPads too—little TV’s that you can touch.

Or you could simply come to terms with the way things are. After all, your data only needs to last as long as your own body does. 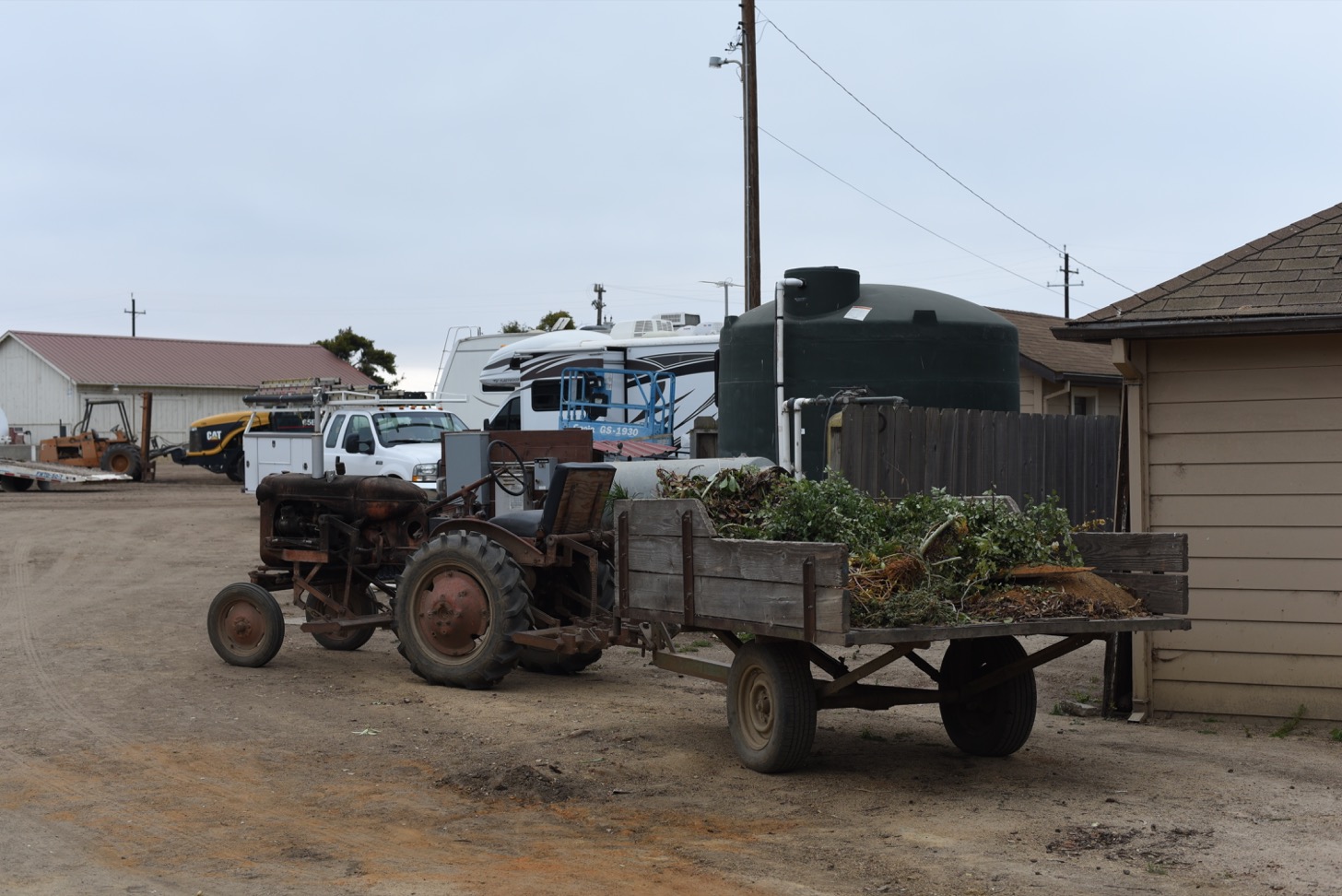 I stayed on a farm over Memorial Day weekend. It was owned by a couple. They had a tractor and some trucks and dogs and a jaccuzi and two little huts to rent out on Airbnb. I wonder if they had computers at their farm, or if they just had iPads.

Do they enjoy having a lot of land? Or is it wearisome waking up to the same rusting trucks and dirt roads every day? They probably have a lot of privacy, on account of their lack of upstairs, downstairs, and adjacent neighbors in their non-apartment home. Although, that’s probably less true if internet strangers are renting out their cabins all the time.

They had rows of crops, like the ones you see along highway 5 in central California. I wasn’t sure exactly who they belonged to, since their nearest neighbor was a solid 10 minute walk down the road. I wonder if they’re all friends. 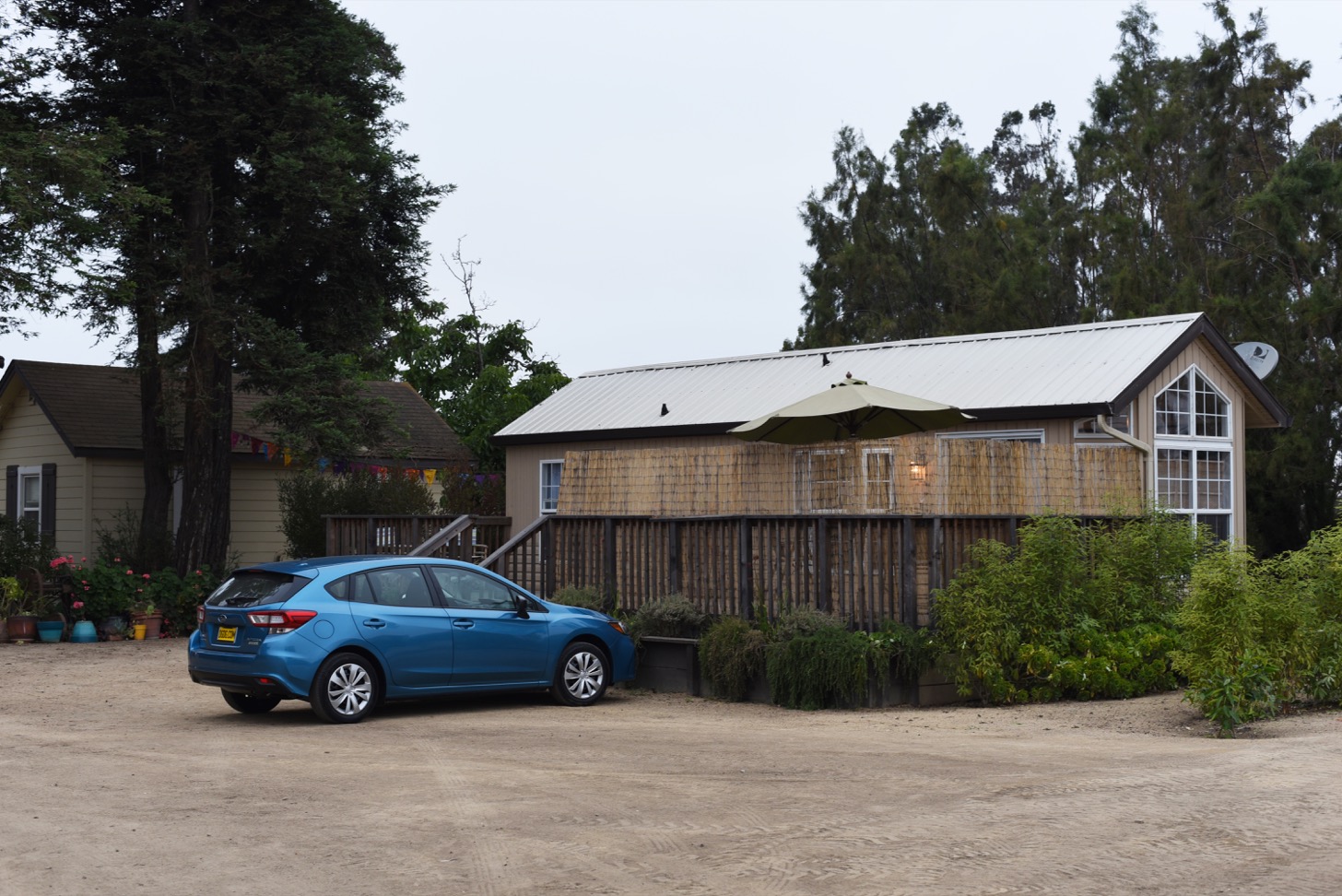 I spend a lot of my weekends working on my personal infrastructure. I can’t quite explain what it is I’m working on or why it needs work at all. It’s a combination of data management, software sandboxing, and build systems. At some point, I have to wonder if I’m spending more time working on my tools than actually using those tools to do stuff.

I also have a bunch of to-do’s on my Todoist account. The length of those lists has grown considerably since I graduated college a year ago4. I can’t believe it’s already been more than a year since then. How soon will it be two years? Did I live this past year right? Did I accomplish enough things? 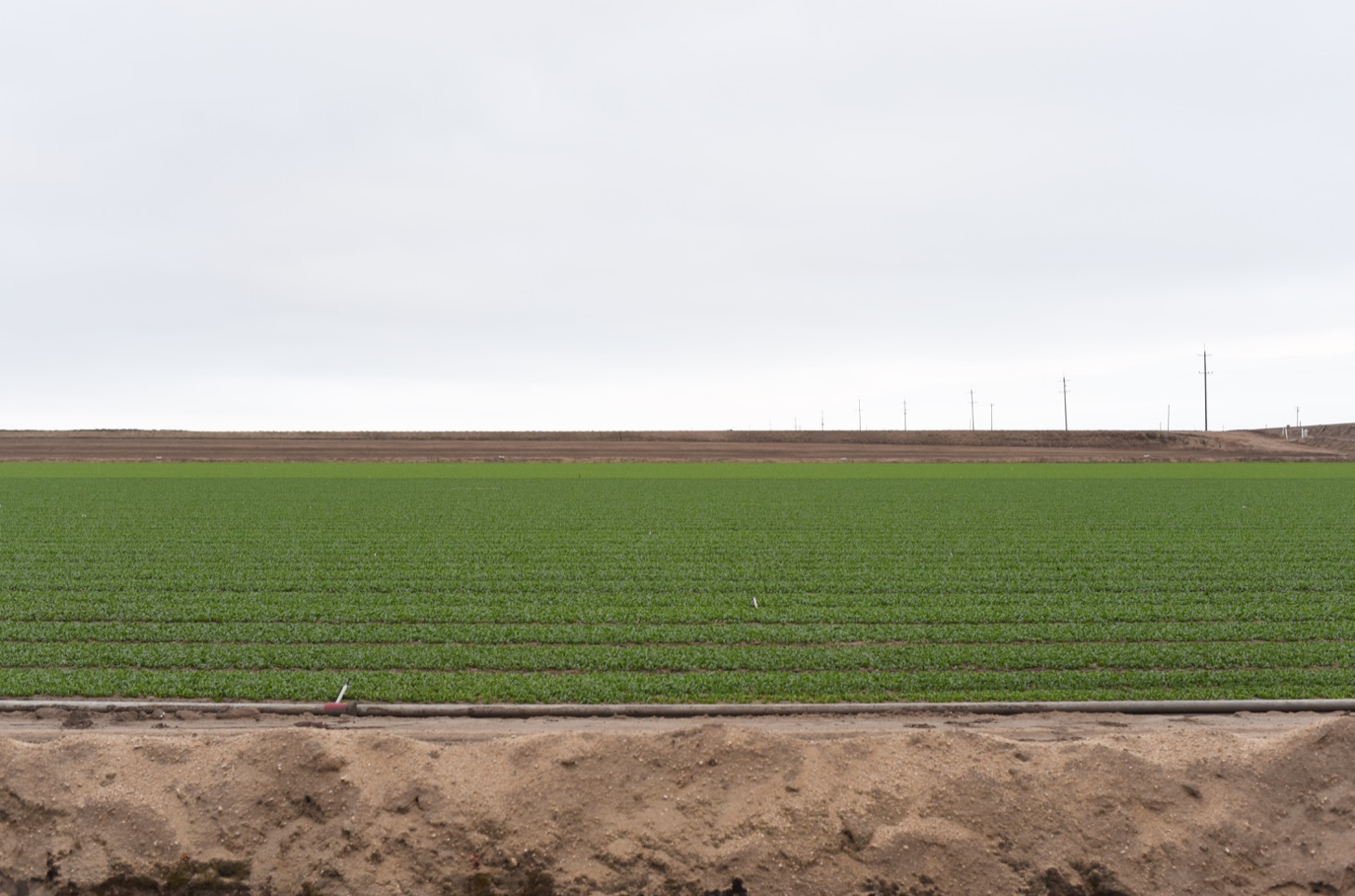 I guess the answer really depends on how you measure “enough”. A year ago, I told myself that I wanted to become the best computer programmer that I could be. I feel like I’ve made lots of progress on that front. I picked up lots of good habits at work and my personal infrastructure is better than it’s ever been. I did a lot of cool stuff with RogerHub, and it finally has infrastructure that I can be proud of. But somehow, I’m also more dissatisfied with my computing than ever before.

I’m still living in the same area, and I’ve just committed to living here for yet another year. My plan had always been to stay in the Bay Area for three or four years, and then move away. But where to, and what for? Right now, I can’t even imagine what it’d be like to leave California5.

I’ve gotten better at cooking. More specifically, I think I’ve gotten more familiar with what kinds of food I like. On most days, I cook dinner for myself at home, and then I watch YouTube and browse the internet until I have to go to sleep. If it’s May or December, I also have to answer a few math questions.

But I haven’t made any new friends in the last year, other than my direct coworkers. I’ve spent more free time at home than ever before. I spend a small fortune on rent, after all. I might as well try to get some value out of it. 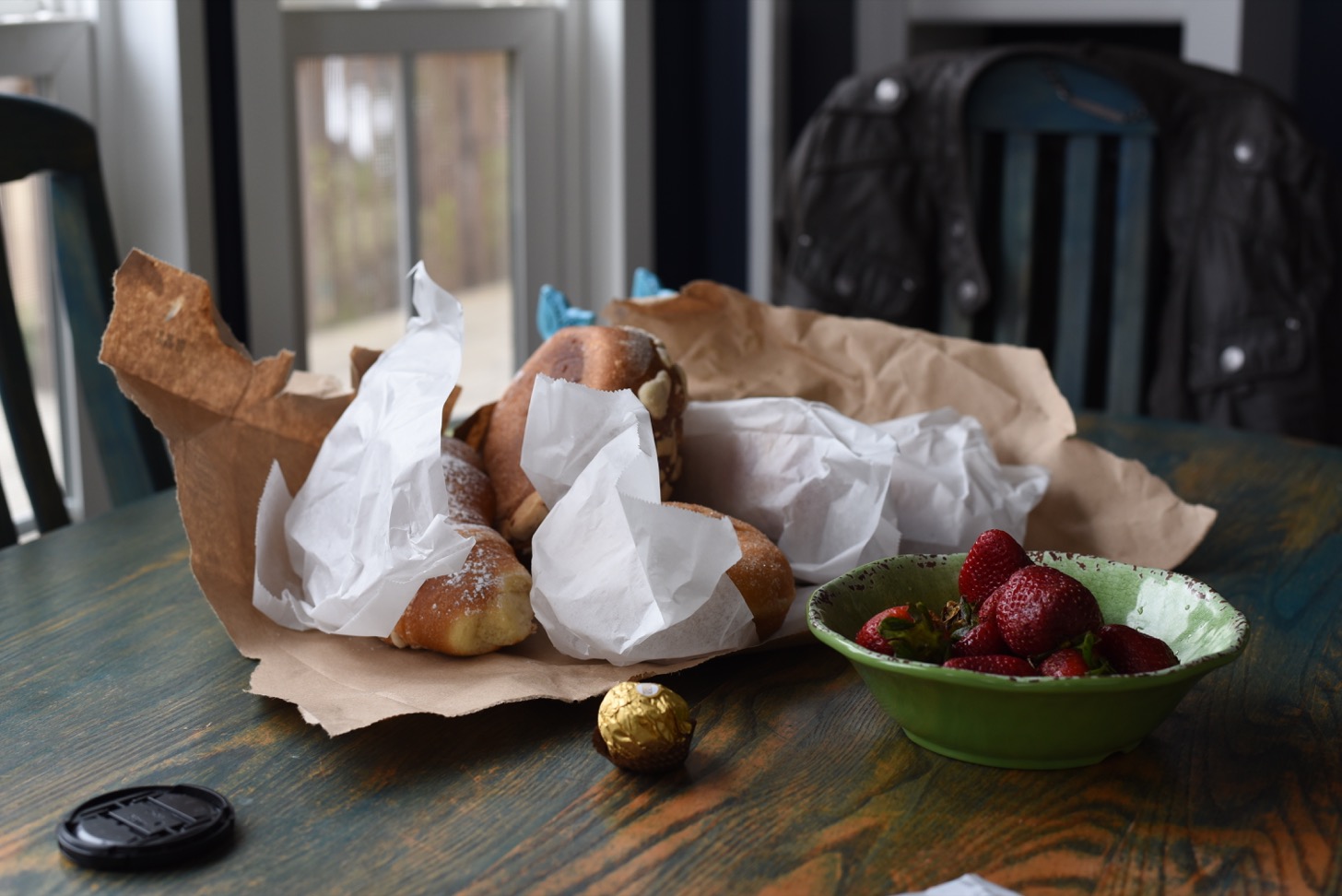 Three years ago, I remember thinking that I didn’t know any adults who were actually happy, from which I concluded that growing up just kind of sucked.

I rarely drive anymore. I used to think driving at night on empty roads was nice and relaxing. But the roads around here just feel crowded and dangerous.

I’ll continue to work on computers, because that’s all I’m good at. More often than not, the last thought in my head before I fall asleep is an infinite grid of computers. On the bright side, I fixed my chair today and I bought a new toilet seat. As long as there’s a trickle of new purchases arriving at my doorstep, maybe things will be alright.

And since I haven’t posted a photo of me in a while, here’s a recent one: 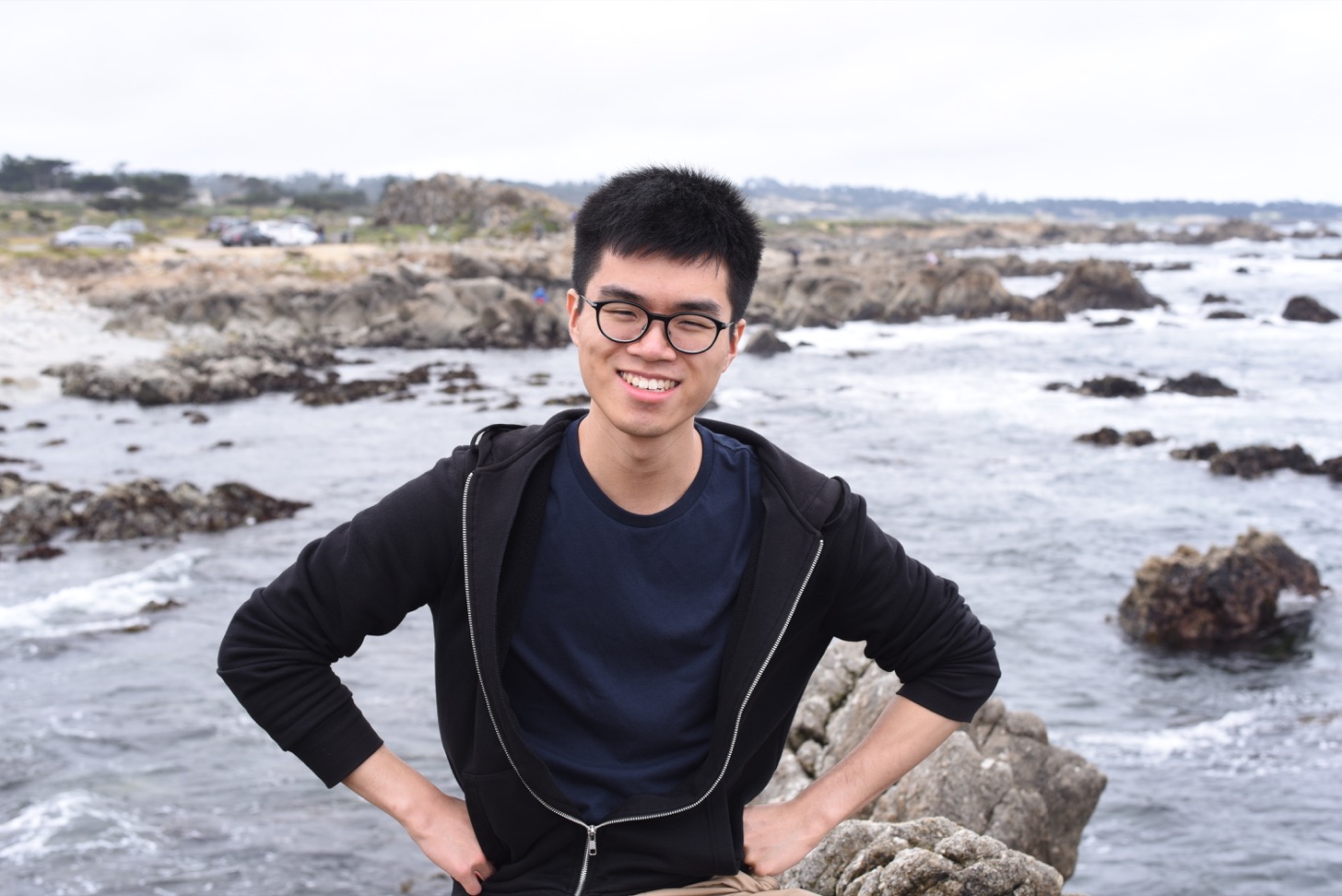 The photo on my home page doesn’t even look like me anymore. But I like it as an abstract icon, so it’ll probably stay there for a while, until I change it to something else.

Next: The serving path of Hubnext Previous: Training angst

Its ok roger you are a cool dude, and if you wanted to you could get all the babes with your tech wizardry.