Among my favorite anime, there are a few that I never ever recommend to others. It’s not the weird ones. It’s not even just the ecchi. I’m talking about shows that are so precious to me that I’d probably get upset if my recommendation just fell flat. But can you really blame them? Every work of art deserves at least your undivided attention, and yet, I’m guilty too. I’ll gladly watch seasonal shows while also playing Mario Kart or looking at my phone. In a pinch, I’ll even watch them on my phone. There’s so many new shows airing every week, and a lot of them are mediocre and uninspired. How do you expect anyone to keep up while also staying focused through all of them? But this seasonal grind just makes it even more special when a show goes above and beyond, grabs your attention, and forces you to watch even as you’re fighting sleep deprivation. That’s why it’s so frustrating. It’s easy to forget that every single show is the product of thousands of hours of hard work by hundreds of talented artists. People develop such deep emotional connections with their favorite anime, and when someone else just casually watches without the profound respect and appreciation commensurate with this level of accomplishment, it feels a little rude.

This May, I was fortunate enough to visit Uji, Kyoto during Golden Week, which is Japan’s annual week of national holidays. Aside from their well-known green tea, Uji is the home of Kyoto Animation. It also happens to be the inspiration for the setting of Hibike! Euphonium, one of my absolute favorite anime series. Of course, things in real life never look as good as they do in anime, but I was fascinated by the prospect of visiting. The town is centered around the Uji River, which flows south to north toward Kyoto. The Keihan Uji railway line follows this river as it passes by many of the stores, train stations, parks, and playgrounds featured in the show as well, as the studios of KyoAni themselves. 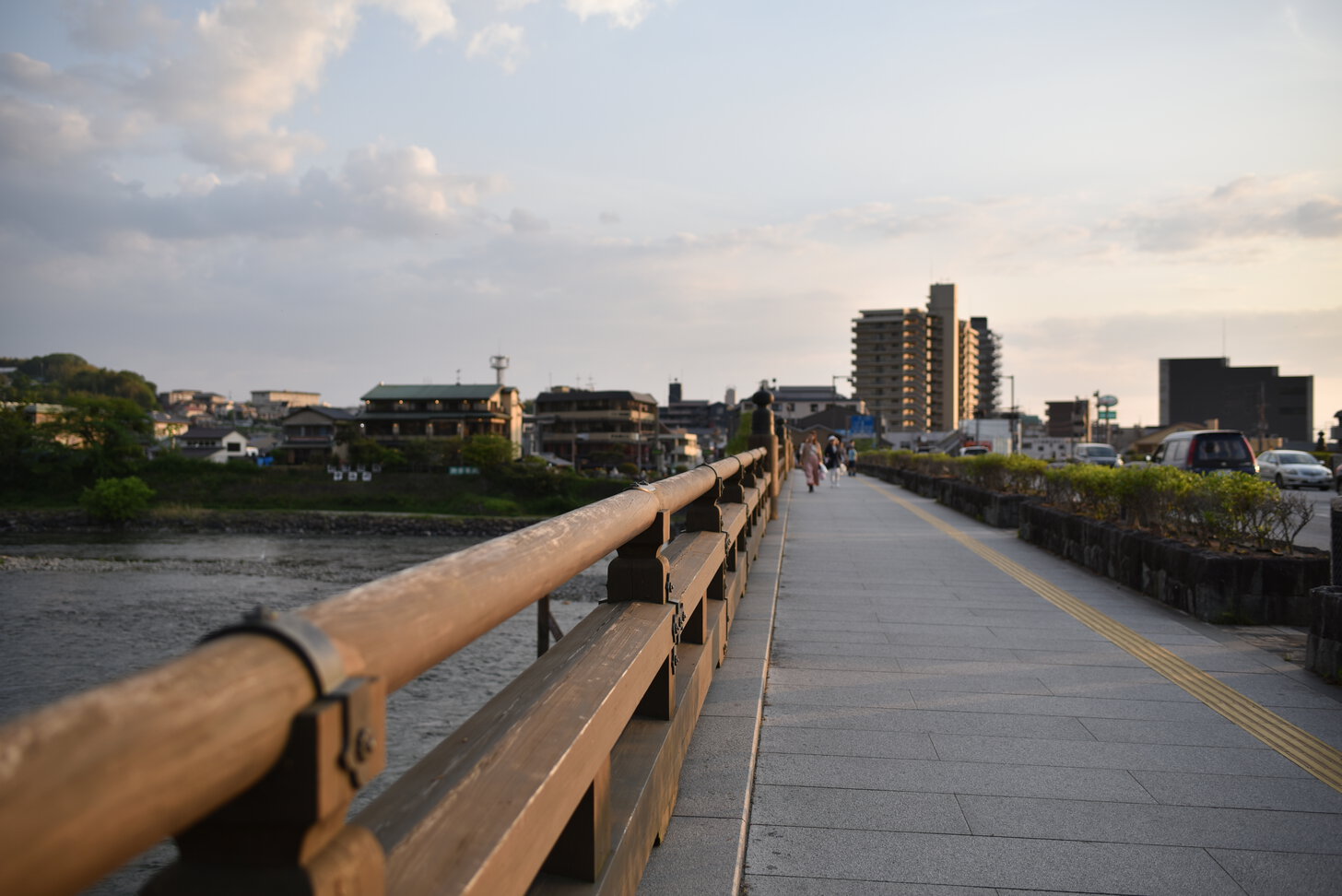 The staff at KyoAni are masters in nuanced storytelling and creating memorable settings with incredibly detailed background art. From its depiction in the show, Uji already felt like a familiar place to me before I had ever been there. I knew all the bridges, with their unique wood and stone construction. I knew the ins and outs of Rokujizo train station, with its enigmatic pair of pedestrian crossing buttons. I even knew the specific bench along the river bank where our main character likes to sit on the way home after school. These things are all a lot farther away from each other in reality than the show suggests, which is how I ended up accidentally walking 11km to complete my tour. But I enjoyed every moment of it. Unlike in other tourist destinations, I felt a personal connection to everything in Uji from the utility poles to the tiles on the ground. Eupho isn’t about heroes or prophecies. It’s a story about regular people living in a regular place in which nothing particularly unusual happens. Yet, KyoAni’s adaptation made these places special, not by exaggerating their natural qualities, but by framing them around unforgettable emotional scenes. In this light, even the smallest mundane things become precious. You can tell that the people of Uji really love their city, and now millions of fans across the world do too.

In fact, I encountered several other fans doing the exact same pilgrimage as me. They were all fairly easy to spot. In one case, I saw the same guy multiple times throughout the day, at the KyoAni store and near multiple bridges and shrines from the show. We talked a bit in broken Japanese and English. I also saw various people doing peculiar things, like photographing an empty bench. Or getting off the train, walking to a nearby bakery, inspecting the sign on the door, discovering it was closed for the holidays, and then heading back to the station. I’m sure they spotted me as well, as I left a train station to photograph a pedestrian crossing and then promptly headed back onto the train.

As the sun sank lower in the sky, I made my way up to the Daikichiyama observation deck to watch the sunset. On the way, I passed by two Shinto shrines, both of which appeared in the show and both of which were decorated with promotional materials about the Chikai no Finale sequel movie that was currently screening in local theaters (which I did watch that evening). The secluded mountain location and the iconic square gazebo made the deck feel like an actual sacred site for fans. I met another westerner at the top of the hike who was an exchange student doing physics research in Osaka. We chatted about the impact KyoAni had on our lives as we admired a familiar view of the city below. 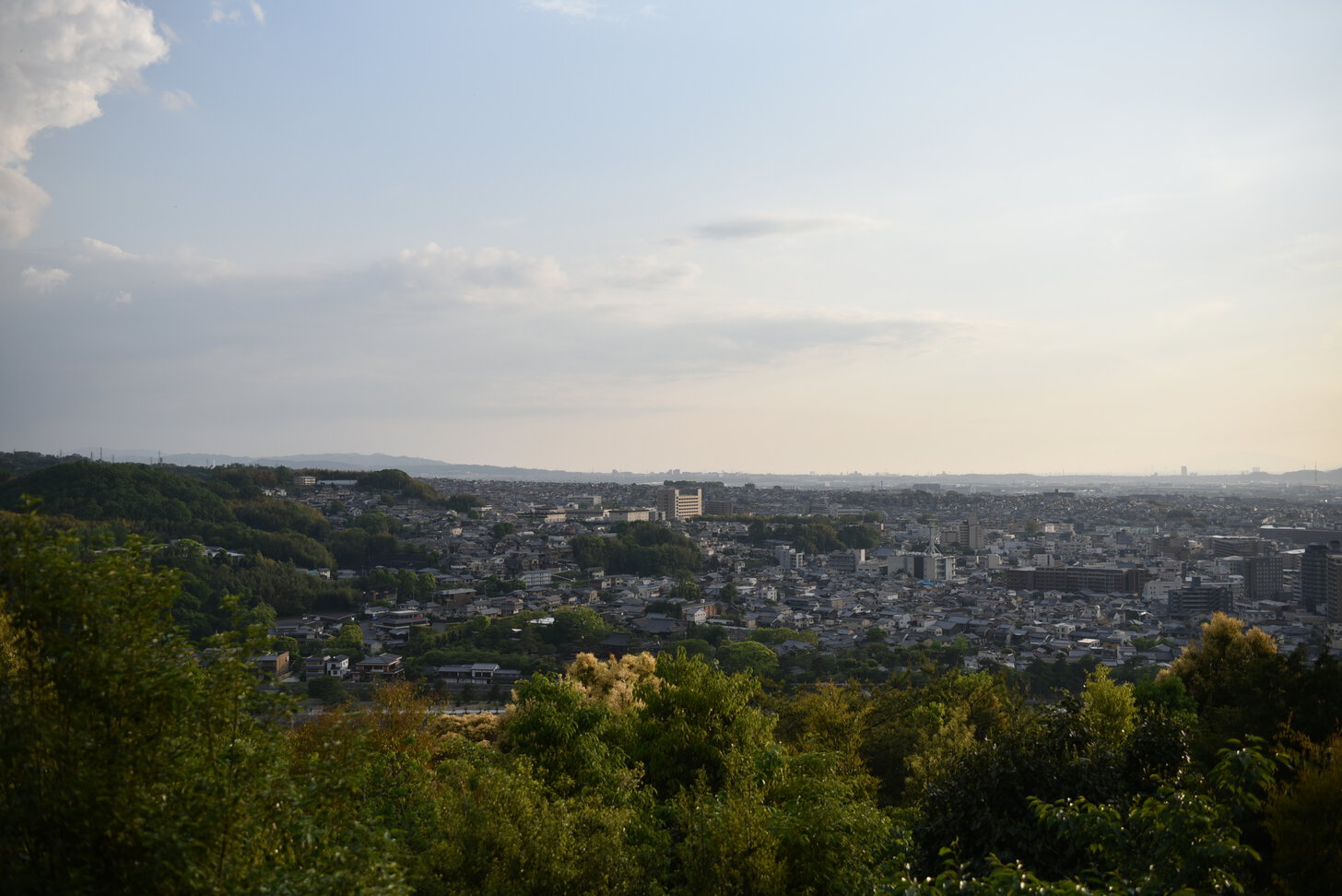 For me, Eupho came a few months before I was scheduled to graduate from college, at a time when I was anxious about the future and about turning my hobby into a career. I was uncertain whether I’d continue to enjoy computer programming once it became work, and I questioned whether I was already stuck just mindlessly doing the one and only thing I was good at. This show could not have come at a better time for me. I watched as the main character, Kumiko, half-heartedly joins her school concert band, playing the same instrument she played throughout middle school, and as she gradually comes to understand the motivation of her peers in order to develop her own sense of purpose. With such a classic premise, I was entirely unprepared for the emotional impact this series would have. The scene in which Kumiko runs across Uji-bashi Bridge feeling a mix of frustration and renewed understanding brought me to tears. KyoAni brings together the perfect combination of incredible character animation, breathtaking background art, flawless compositing, compelling voice acting, and phenomenal writing to tell incredibly relatable and heartbreaking stories. There are no shortcuts and no cheap tricks here. KyoAni’s dedication to their craft is well known, and they deserve every bit of praise they get for it.

It’s hard to express just how beloved KyoAni is in the anime community. They aren’t yet a household name like Studio Ghibli, but they’re hardly just another anime studio. Their moe shows in the late 2000s influenced art styles throughout the entire industry, and their new releases are consistently ranked among the most anticipated series every season among fans. Bookstores in Kyoto are especially proud of their local animation shop. I saw KyoAni art books, character goods, and DVDs prominently displayed front and center in every bookstore I went to. This blog post has only been about my experience with one KyoAni show, but there are so many more I count among my favorites: Violet Evergarden, K-On!, Tamako Market, Dragon Maid, Kyoukai no Kanata, Amaburi, Haruhi, and Clannad. Plus, the studio’s first standalone feature-length film, Koe no Katachi, is my favorite movie. I’m so thankful KyoAni and their works exist in our world, and I’m glad to have been born in a time and place where people can so readily experience them. 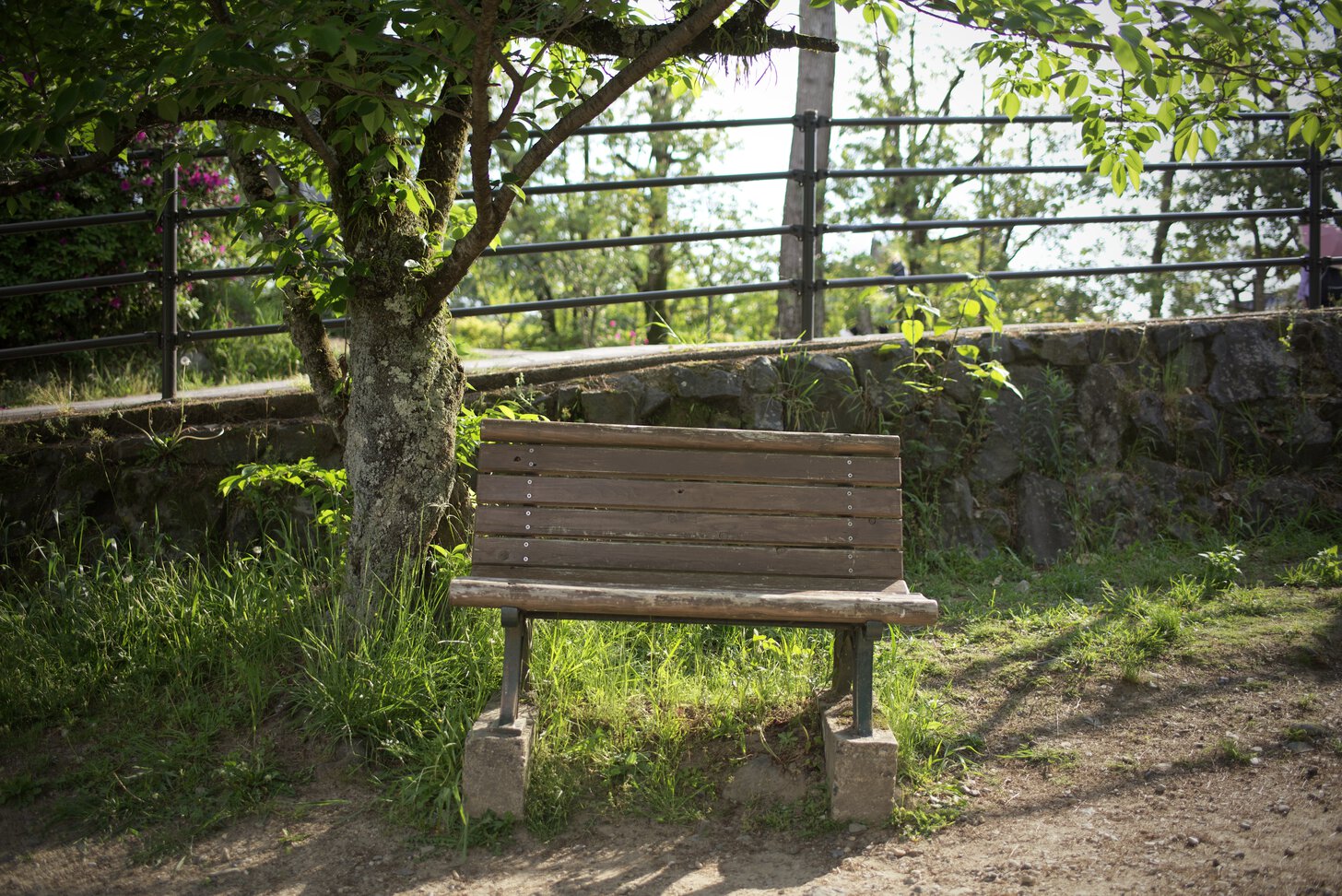 Given their massive influence, it’s easy to overlook how small a company Kyoto Animation really is, both in terms of people and revenue. I was surprised to see their iconic yellow studios so discreetly embedded in quiet suburban neighborhoods. Japan is one of the safest countries in the world, and Uji is the epicenter of so much love and goodwill from fans, so I just don’t understand. I don’t understand why I’m hearing what I’m hearing. This can’t possibly be the same Uji I loved visiting so much. It just doesn’t make any sense. It doesn’t. KyoAni is well known for caring so much about their employees, opting to pay salaries and to hire in-house in betweeners. I can’t imagine how they must feel right now. I can’t fathom the extent of what’s been lost in one senseless tragedy. I can’t understand how we’ll get by if this disappears from the world. Please, take care of yourselves.

Next: Yet another Mac Previous: A data backup system of one’s own
Copyright © Roger Chen – All rights reserved·Privacy Policy