Cairo is 90% media hype. Many people openly support the Egyptians, like the hipsters they are. But who knows why they’re protesting? Poor living conditions? Yeah let’s protest against poverty, that’ll work like it worked in 1930 right? How about a corrupt, repressive government? Well this is exactly why there’s so much public hysteria. Because the government shut down the Internet, everybody suddenly soiled their pants, effectively creating the biggest example of the Streisand effect in existence. Since when did the Internet become the world’s stronghold for revolution/democracy? Not just Cairo. There’s the overblown net-neutrality fears, Canada’s troubles, and hey, don’t forget China. It’s absolutely exhilarating how a massive, furious entity of transoceanic cables can incite revolution. What will the chapter on 2001-2010 look like in your kid’s history book? Slowly, everything is beginning to come together. 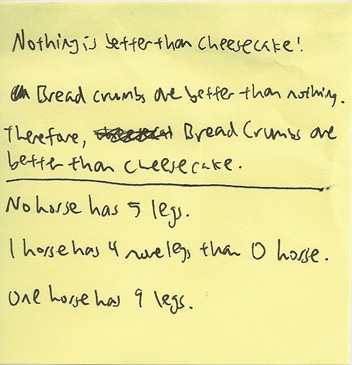 You know the title attribute that goes on HTML elements? It’s just wonderful. XKCD does it, so I shall too. 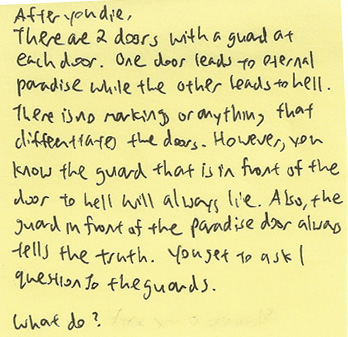 These are scans of the post-it note archive of second period biology in K-3. 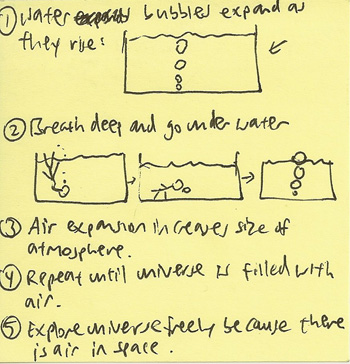 A stack of post-it’s goes a long way. (See that there? Normally people would use ellipses ”...”, but I didn’t because I’m going to intentionally move away from those. It’s just bland..) 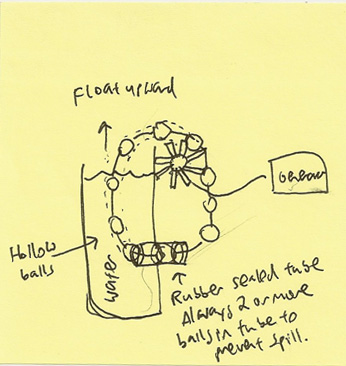 Oh crud, I just noticed I did it again. Damn. 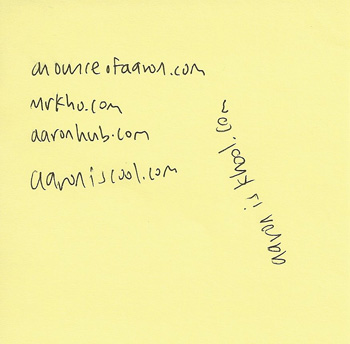 Hey, he could make a a@ronk.ho, if it were a real TLD. 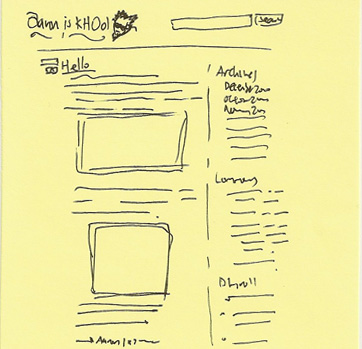 Hah, what a cliché. 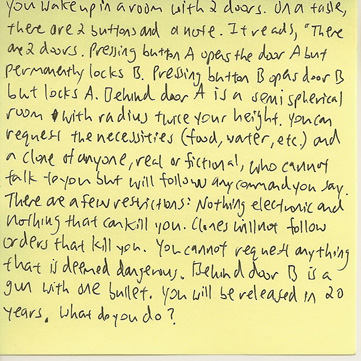 All the time wasted drawing in biology could be devoted to more important things, or maybe even homework. Or I could bring a book, but it’d probably be too loud to read on programming. 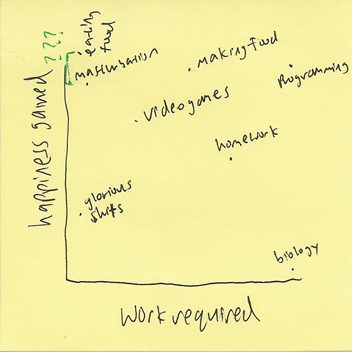 See what I did there? I intentionally took the assumption that book equals programming manuals, which would be awesome and a critical part of any utopia. Right? Yeah hand me that book. Just sounds awesome. 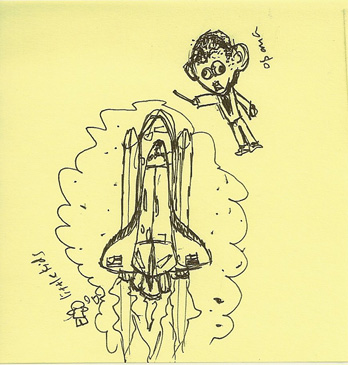 How many political cartoons don’t draw him like this? I’ll bet some people forget what he looks like. 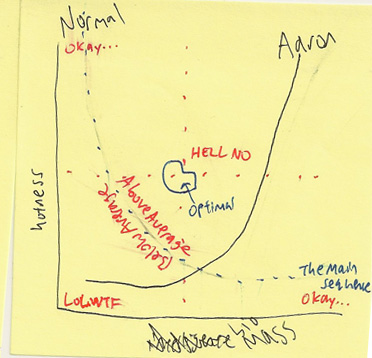 Oh you know what would be cool? In the future, high school students have a folder-like thing where you open it and it becomes like a book, effectively increasing obesity as well as intelligence. 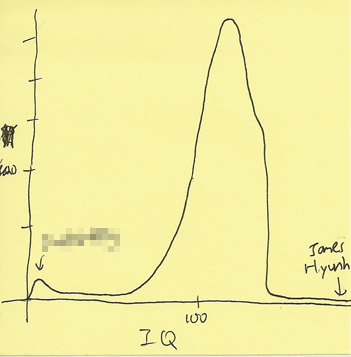 You know, whenever a story starts with “That one guy who,” it’s usually fake. 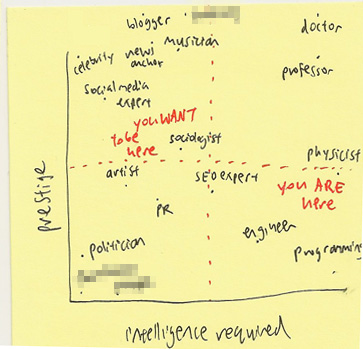 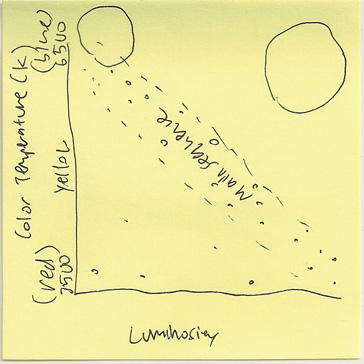 “Why are you doing that?” ”I don’t know!” What a bullshit answer. Of course you  know! Rather, there is a more pressing reason not to disclose the reason, usually because of the demands required by the forced imposition of personality on oneself. 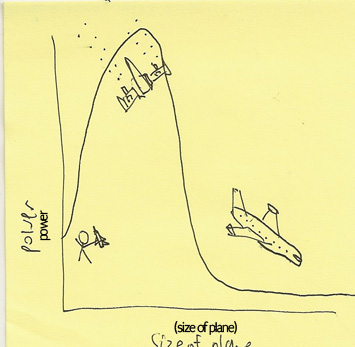 Though, if you were big enough, I suppose you could sit on your enemies. 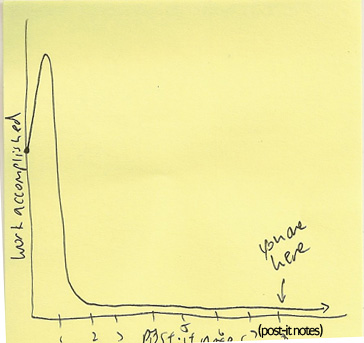 One note is good for organizing ideas without having to waste an entire paper, yet having something tangible that can be attached to other papers. 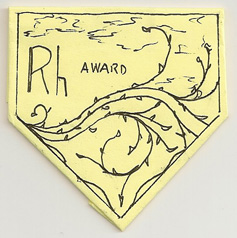 With two notes, one becomes more-disposable than the other. That one will eventually tempt you into screwing around. Then, the succession continues. 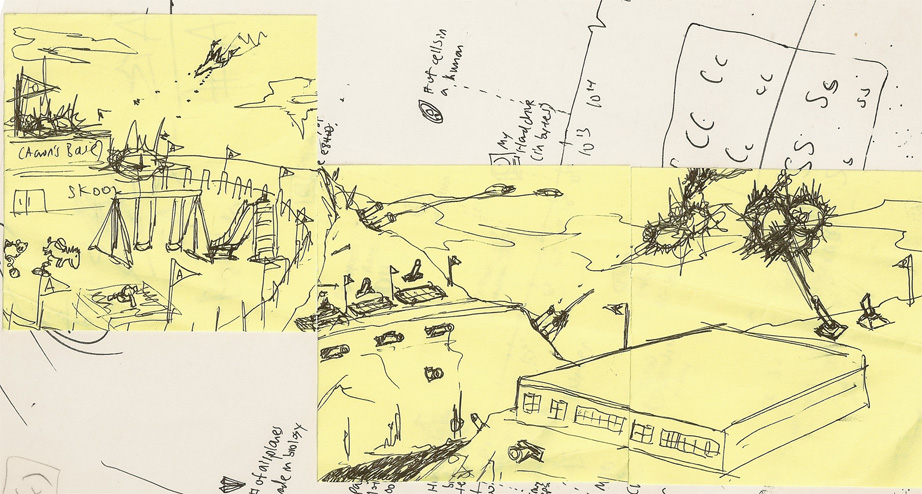 Next: This is not about computers, I swear Previous: What to waste time

Ha, I didn’t like drawing class because I preferred programming over drawing. Then, I prefer drawing over biology lecture. I think I’ve gone through 3 stacks of post-its this year.

draw like what? and yeah I got his last name wrong.

where did you learn to draw like that? o.0
and i’m pretty sure you spelled james’s last name wrong lol

I hate your stupid addition thing before you leave a comment. It’s stressful. This is way cooler than tumblr. Why did you blur Zuckerburg?

how the hell did you think of “AnOunceOfAaron.com”?

too bad i didn’t save all the paper planes we made in class too...