Google+
Written by Roger on Jan 6 2010 as uncategorized.

Also on Mooosic. thanks waverly

Well, a few days ago, I saw this blog post about the kinds of music that people listen to compared with their SAT scores.

So nothing unexpected. Rap and screamo at the bottom, classical at the top, and rock in the middle. But does your SAT score choose your music or is it the other way around?

Rofl.. so where do you fall on this chart?

Yeah, so do you like my new blog layout? I was going to make it in the spring time, but I got impatient.. The mooosic player is on the cloud at the top now. It’s a lot more simple and stuff. The content area is wider (happy tim?) so you can see more.. i guess.

Without the mooosic, the sidebar kind of feels lonely.

One of their guys wrote a song called "IE is Being Mean to Me". Don’t expect to understand any of the references in it, but it’s pretty funny nonetheless:

So.. I’m happy to say that now, RogerHub works on Internet Explorer. Except the pop-up player. That looks like crap still.

IF you’re using IE right now, do the world a favor and switch to FireFox.

It’s a pretty short chain.. but not really.

There are 6 guys in Linkin Park. Let’s pretend that they all have tiny families, so 4 cousins each. Those four cousins all know 300 people.. which is really not a lot.

Those 300 people all know 300 other people who are in the same category as my sister.

And that’s not all.

Google sketchup came out a really long time ago, but I just started using it yesterday. It’s pretty cool how you don’t have to use rulers to draw strai(gh)t lines and you can make things pop out and everything.. 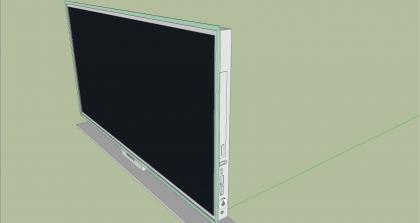 There’s too many korean songs on rogerhub... does anyone know some good Chinese songs?

oh hey i read on time a loong time ago, taht there is a theory that everyone in the world is at most 6 degrees away from each other, so yeah....

For the last two pictures, what camera did you use? :D

@RAWR!
that’s why it’s called music that makes you dumb. you’re not supposed to listen to them i guess, idk.

these are good songs(: