Google+
Written by Roger on Mar 9 2010 as uncategorized.

Passion is a wonderful thing. Creativity beyond the normal scope of uniform excellence helps define who we are as a person.

And that, is where the fault lies.

Some people truly enjoy their passions.

But how does a non-Japanese person develop a elitist attitude towards everything related to Japan?

Some people have passion with the things they’re good at. Setting yourself apart and declaiming yourself as master of some art isn’t just pleasing. It’s overwhelming.

Maybe you’re passionate because of the challenge. The race to win against others, and moreover, the race to improve. To show the world how despite the way your limits, success can still be obtained.

Maybe you’re bored. Or rather, you don’t want to look bored; mindlessly occupying yourself with tasks that even you find uninteresting. Showing false enthusiasm as if being busy were a success in itself.

Maybe you’re searching for a reason to drag on. A trivial goal to entertain you while you search for another with a longer wait-time.

A common point of interest. Blending mixed feelings into a concrete opinion. Without these lies, groups would not exist.

If you’re passionless, none of this will have made sense to you. But to the large majority, try standing up a bit straighter.

MONTESANO, Wash. —
Authorities believe a Washington man was killed by accidentally urinating on a downed power line after a car crash.
Grays Harbor County sheriff’s Deputy Dave Pimentel (PIM’-en-tel) said Monday 50-year-old Roy Messenger was not seriously hurt after he collided with a power pole Friday and called a relative to pull his car from a ditch.
However, family members found Messenger electrocuted when they arrived.
Pimentel says Messenger apparently urinated into a roadside ditch but didn’t see the live wire. The urine stream likely served as a conductor, allowing the electricity to reach his body.
Pimentel says there will be an autopsy but burn marks indicated the way the electricity traveled through Messenger’s body.

source
"burn marks" I’m surprised that they actually checked there. 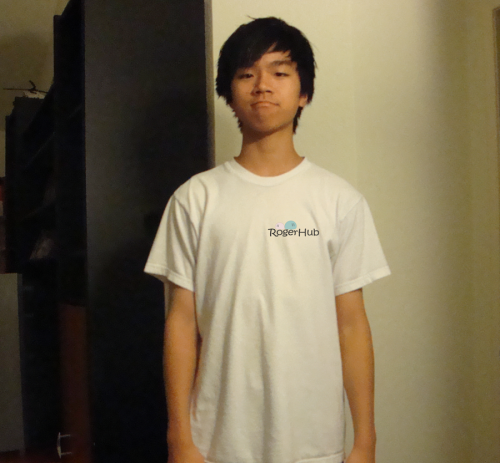 I hope my shirt comes soon..
I just photoshopped this picture so I could see how it looked.
So how does it look?

Ryan’s friend is a rapper, whose name I have forgotten (but he goes by KnapZ) and so I put one of his songs on RH Mooosic at the top.. so listen to it. :)

How does the onion even make money off this...
Next: AI Previous: Tumbling