Google+
Written by Roger on Mar 14 2010 as uncategorized.

A few days ago, I started working on a project named RogerBot. It’s an artificial intelligence chat robot that actually plays out the responses through your speakers.

So, there were two parts to this program: generating responses and getting the computer to read them. Reading responses wasn’t hard. There were plenty of built-in API’s for that.

Generating responses wasn’t hard either; but rather, it was near impossible.

At first it didn’t seem that challenging. It might look for certain words like "hi" or "hey" and classify sentences as greetings. Perhaps it could have a casework tree of different sentence categories. And then, a random response could be selected for each category.

The alternative would be the self-learning kind of robot that you seen in movies.. but I couldn’t even fathom the concepts behind that.

I ended up giving up on Rogerbot, especially after I found out about Jeeney. This guy worked on his chat robot for >3 years, and it still gave me illogical responses when I tried talking to it.

Then again, talking to a robot.. Can I not find something better to do?

So, RogerBot will sound completely retarded at times.

If you want RogerBot to say something, type in "say" followed by your message.
Example: say RogerHub is awesome

So, I did an experiment to see how many people actually listened to RogerHub. And it turned out that after about 2 weeks, i had only 5 people who even bothered to use it.

The feature that causes me tons of headaches.. and nobody uses it.

Well, it’s not like RogerHub is your only source of music. You probably have your own music collection or ipod or something that you get your music from. If not, you have a radio right?

So, I’ve decided to discontinue RogerHub Mooosic. It’s still available if you want to listen to it (yeah right), but I’m not going to update it anymore.

If you want to listen, there’s a "RogerHub Mooosic" link in the RogerHub Services section of the sidebar.

And.. I just made this new music player addon for Boggert. Here’s an example:

So, you have three options for listening to a song: flash, HTML5, and native (using <object>).

Flash is what I’ve been using all along for Mooosic. So, the whole deal about Apple dissing Adobe Flash is old news. Even with the wrong intentions, Jobs had a point when he said that Flash was dying technology. It’s almost 15 years old.. That’s why I’m offering an alternative:

HTML5 is a very new version of the internet standard, HTML. It’s so new that a lot of browsers don’t support it yet. One part of this new standard is HTML5 audio which doesn’t rely on flash and such. So, don’t expect the HTML5 version to work for another few years or so.

Native audio is really really old. So old, that most browsers don’t support it either. But it’s there, just for.. uhh I don’t know actually.

ALSO. I fixed up RogerHub Search a bit.. even though even fewer people use that feature. It actually generates search results that look like, well search results.

I’m hesitant to rely on Google custom search engines, because, well, anybody can get one of those.

I can’t believe I get hours for playing soccer with 8 year olds.. 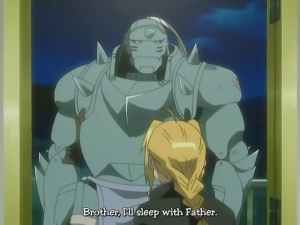 The .exe file download file doesnt appear to borkging on my macbok computers?