Hey reader. Happy new year? It has been eight months since I last posted anything on this blog. Is that the longest hiatus I’ve ever taken? Maybe. Probably not. I enjoyed writing those longer posts about computers and generally being a massive edgelord, but it also takes me literally weeks to finish writing a single one of those. That’s time that I just haven’t been able to set aside recently. But I’m back now. I don’t really have anything in particular that I want to write about, so I guess I’ll just go over a few things that happened since the last time we spoke.

Traffic grew last year. I suppose that means the human population is still increasing. It usually does. I’m not sure what more to say about that, except that I’m glad my website infrastructure is built to easily take care of it. In the weeks leading up to Christmas last year, my website was getting upward of a hundred requests per second, for a total of more than 53 million requests that month (although, that includes all the static assets as well). A big part of that growth has come from Canada, which now makes up about one-third of my traffic in the month of January. I guess they take their final exams later?

In any case, I also added new features to the calculator, like the “Advanced Mode”, which answers like 80% of the questions I’ve been asked in comments over the last few years. I redesigned some parts of the user interface and adopted a new responsive ad format from Adsense1. On mobile, responsive ads can spill into the left and right margins to take up the full width of the screen. The creatives for responsive ads tend to be higher quality and higher paying (as I’ve unscientifically measured). But sometimes when the ad units fall back to fixed-size creatives, they get left aligned, and then the whole “full width” thing just looks silly.

Most of my work has actually been behind the scenes. I’ve switched to binary encoded protobufs for the backup system, which greatly improved performance and storage space efficiency. I’ve fixed dozens of little bugs. I’ve implemented and migrated to a new object relational mapping system based off the ideas in this post. I scheduled a new background task that does peer-to-peer data integrity checks between replicas (this one had actually been implemented for a while, but the original design consumed too much cross-region network bandwidth to justify the cost). More recently, I’ve been working on automating more of the provisioning and seeding of new replicas to eliminate some of the toil involved with maintaining them.

I’m satisfied with the progress I’ve made over these last few months, but it’s been a constant struggle to prioritize any of this work. After I get home from my regular job, I’m usually tired of doing computer stuff. Even on the weekends, I tend to focus more on shorter projects, like my personal data management infrastructure and my chrome extensions. Last July, I took a whole week off in order to work on Ef, a custom data backup program I made to replace duplicity (I should write more about this in a separate post), because I knew I’d never have enough time to finish it if I didn’t make it a priority. I’m thankful that my schedule’s flexible enough to take time off whenever I need to, but it’s hard to imagine website stuff demanding the same level of urgency.

After two years, I’ve transferred to a different team at Google. I work on Google Cloud Platform now, which is amusing, because I’ve been using Compute Engine to host this website since before I even graduated from college (I’ve written about this before). So, transferring to the Cloud org made a lot of sense. As an insider, I’ve gained even more appreciation for all the engineering that goes into producing a reliable product like Compute Engine. Plus, being both a customer and an engineer offers advantages on both sides. For example, I’m automatically my own 24/7 tech support, and my experience as a customer means I’m more familiar with the different product offerings than most of my peers. I also sit just a few rows down from the folks that run a lot of the systems I rely on for my personal data management infrastructure, which gives me way more confidence in the system’s reliability (perhaps unreasonably so).

As part of the transfer, I traveled to Los Angeles and New York last fall — my first business trip (shudders). In the past, I declined every opportunity for work-related travel since I never felt like the expensive plane tickets and hotels and the inconvenience of working exclusively on a laptop were justified just to meet people that I could already chat with online anyway. But I don’t regret those two trips, especially my two week trip to New York. In that time, I saw four of my high school friends, and I spent more time being a tourist on nights and weekends than I did when I actually visited as a tourist in 2009 (please don’t click). I also met, for the first time, a bunch of the New York based engineers that I had been working with online for several months (and whom I had referred to only by their usernames). Living in Manhattan for ten days also cleared up a lot of misconceptions I had about what the city was like. Now I know that it’s unlikely I’ll ever want to live their permanently.

After coming back from New York, I don’t think I ever got over the jet lag. I’ve been waking up and going to work more than an hour earlier than before. On the whole, this has been great. There’s less traffic early in the morning. There’s also more parking, and this new 8-to-4 schedule means I can leave work while the sun is still shining (yes, even in the winter). Since my new team is in a different office building, I’ve also started driving to work instead of taking the FREE CORPORATE SHUTTLE. It’s nice to have more control over my own schedule, and the whole trip only takes about 10 minutes from parking spot to parking spot. On the downside, the mileage on my grocery hauler has been increasing noticeably faster. 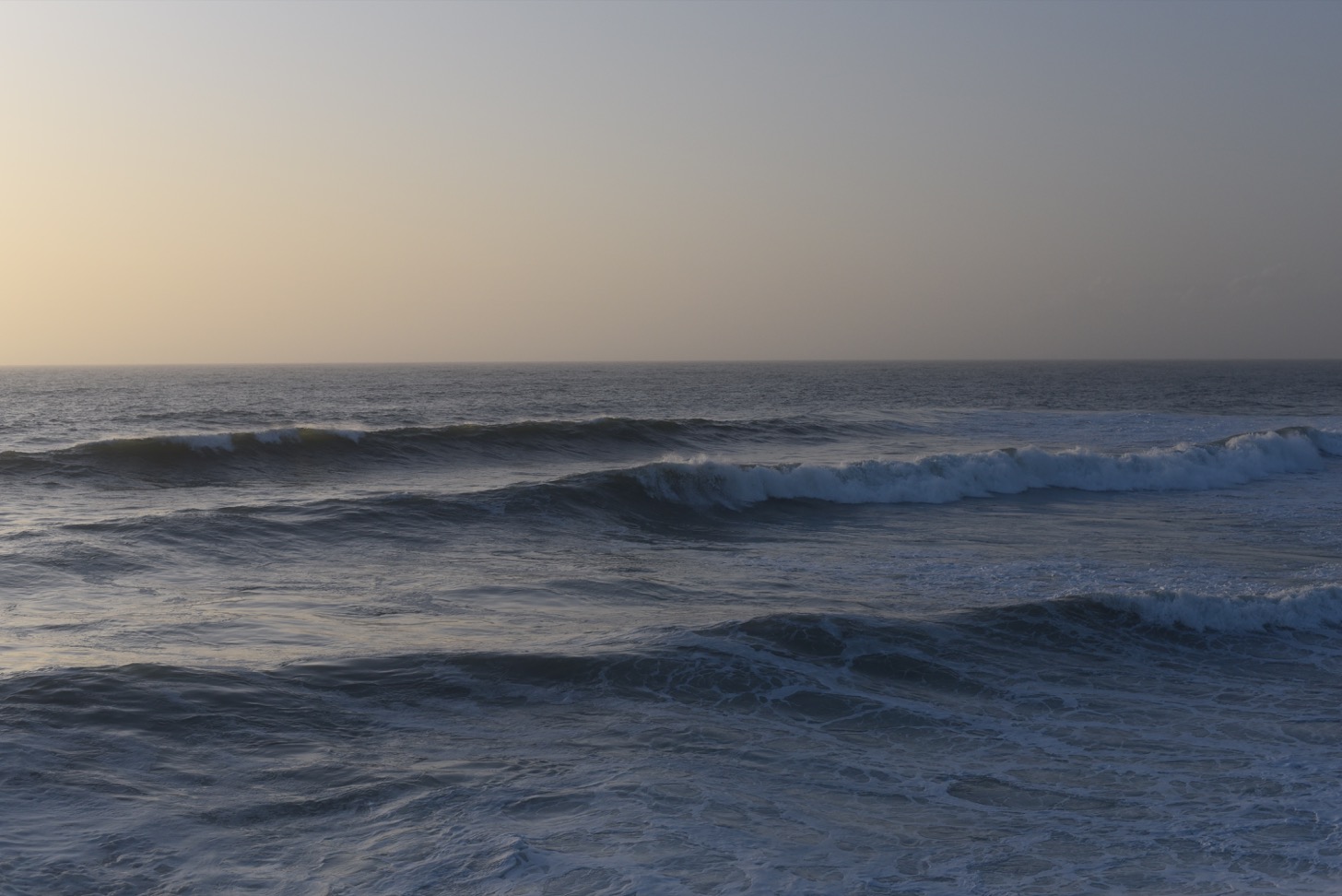 I worked at my student newspaper for a few years (although, not as a writer), so I’m somewhat familiar with the art of saying things that are technically true, but totally misleading. There’s all kinds of tricks to it. Like, when you can’t be bothered to look up real statistics, so you say some (i.e. at least one) or many (i.e. at least more than one). Or when you correctly explain that Wi-Fi could cancer, even if there’s no real reason to believe it actually does. Or when people say two unrelated facts that, when presented together, suggest conclusions that are actually totally wrong. And how about that thing where people try to define compound words by what they sound like they should mean? That’s more annoying than misleading, I suppose.

That’s why I’m really glad the CrashCourse folks are publishing a weekly “Navigating Digital Information” series on YouTube. I’m convinced that communicating truth requires not only facts, but also honest intentions. In the last few months, I’ve seen so many of these slimy techniques used in reporting about technology news. Most of the time, it isn’t even intentional. I think a lot of tech journalists are (understandably) not engineers, but just enthusiastic consumers. Since news tends to oversimplify things, a lot of the nuance and context of the software development process tends to get lost. And that would be totally fine, if all journalists were only interested in conveying a fair and honest approximation of the truth. It’s too easy to just dismiss all reporting as clickbait. In reality, lots of honest journalists still want their reporting to be newsworthy, and so nobody really feels bad about crafting facts into a story, even when there really isn’t one. I think a lot of controversy over software bugs and design proposals tends to be unjustified. But until our culture decides that it’s actually unethical to report this way, I’m forced to close this as won’t fix.

It’s actually been more than a year since I started using Patreon (as a patron, not a creator). But it was only a few months ago that I really started ramping up how much I paid into it. The creators that I follow are a mix of musicians, YouTube channels2 (like CrashCourse), and computer programmers that I think are doing great work. The free market doesn’t always cooperate with people trying to make a career out of their creativity. But that doesn’t mean their work isn’t worth supporting. Of course, Patreon isn’t just donations either. There’s lots of creators that put out really great exclusive content for patrons, and I think contributing directly until they figure out a real path to profitability (or maybe just indefinitely — that’s okay too) goes a long way to supporting more good stuff in the world.

My strategy is to start with the lowest tier for anyone that I’m even a little interested in. If they publish something I really like, I’ll make sure to bump that up. I think it’s one of the few feedback mechanisms that isn’t influenced by things like advertiser friendliness. So if you’ve got disposable income and you’re interested at all in voting with your dollar, I’d encourage you to give it a try.

Just kidding. I stopped reading books almost entirely over the last few months, aside from mandatory book club reading. Instead, I’ve been watching lots and lots of chinese cartoons. I think I spend about 5% of my waking hours watching anime, and another few hours reviewing memes or listening to podcasts afterward. In a typical season, I’ll usually follow between 10 to 15 weekly airing shows. But many of my favorites from the last few months have actually been older stuff: Mob Psycho 100, SHIROBAKO, and The Tatami Galaxy (and its superb movie spin-off).

Also in the last few months, I went to a con for the first time. It was Crunchyroll Expo, which for the last 2 years, has taken place down the street from where I live. I’ve always been frustrated with Crunchyroll as a technology company, but I think they did a great job attracting a lot of top talent to their convention. I’m still a little miffed that nobody asked the darlifra folks about the aliens though.

I’ve also been trying to read more manga. I signed up for Shonen Jump’s monthly subscription service (although I’ve only ever used it to reference old chapters of Naruto). Aside from big shonen titles like Shingeki no Kyojin and Boku no Hero Academia, I don’t actually read much manga.

In any case, it’s midnight at the end of the month, so I’m going to stop writing here. See you next month.

Next: A data backup system of one’s own Previous: Pretty good computer security

This was an interesting read!

This was an interesting read!